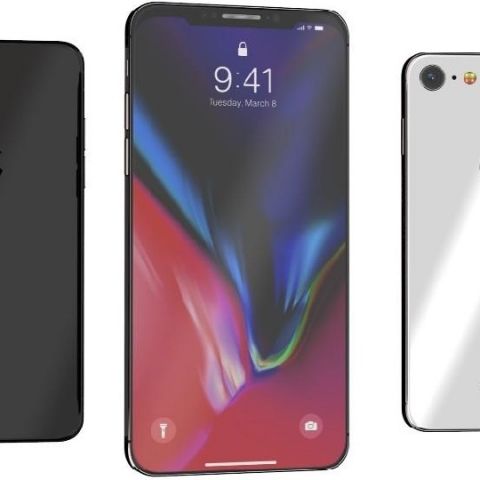 Apple is reported to have asked its supply chain to manufacture nearly 20 percent fewer components for 2018 edition of iPhones as compared to last year’s devices. A report in Japan-based publication Nikkei Asian Review has claimed that the decision was taken to avoid smartphone shipment delays that were caused last year due to the unsatisfactory quality of the parts available for the 3D depth sensing feature.

Citing industry sources, the report said, “Apple is quite conservative in terms of placing new orders for upcoming iPhones this year. For the three new models specifically, the total planned capacity could be up to 20 per cent fewer than last year's orders." The company placed orders to prepare for production of up to 100 million units of the iPhone 8, iPhone 8 Plus and iPhone X devices, but this year Apple currently expects total shipments of only 80 million units for new models, two people said.

According to market research firm Counterpoint research, Apple iPhone sales globally dipped in the October-December quarter declining by 1.24 per cent year-on-year. It also said that, in India, iPhone sales declined by 9 percent in volume terms and 7 percent by revenues during the quarter compared to the corresponding quarter last year.

Renowned Apple analyst Ming-Chi Kuo recently predicted that the company will launch three iPhone devices in September this year and when it comes to the pricing strategy, it will be “more aggressive” to boost the sales. According to Kuo’s first Apple-related research note for his new firm TF International Securities, one of the main reasons why Apple will adopt a more aggressive pricing strategy is “Apple's concern over the negative impact of a higher price" for its 2018 iPhones.

As per Nikkei Asian Review's sources, Apple told the supply chain to prepare earlier for the two OLED models in hopes of avoiding a delay due to component shortages as well as production quality issues with the 3D depth sensing feature. “The scheduled time frame for components for the OLED models to go into iPhone assemblers like Foxconn and Pegatron for final assembly falls in July, while the schedule for components for the LCD model would be in August," a supply chain source said. "Two OLED models are likely to be ready roughly one month earlier than the cost-effective LCD model, according to the current plan," it added. The sources also said that the production yield for the LCD model's “touch” function is not satisfactory at the moment, but it is improving.

"The cost-effective model is viewed as the tool for Apple to boost its total shipment volume this year, and all the suppliers are doing everything they can to make sure the LCD one hits the shelves as soon as possible," the sources were quoted as saying.