Reliance Jio claims to have 120 million subscribers but its subscriber additions have slowed in the past few months. With a 4G feature phone, analysts believe that Jio will be able to expand its base in Tier 2 and Tier 3 cities. According to the leaked images posted by TechPP, the handset will be branded as LYF and sports a 2.4-inch colour screen, coupled with standard T9 keypad and a dedicated button for the flashlight. The handset also offers a 4-way navigation key and dedicated keys for receiving and cancelling calls. 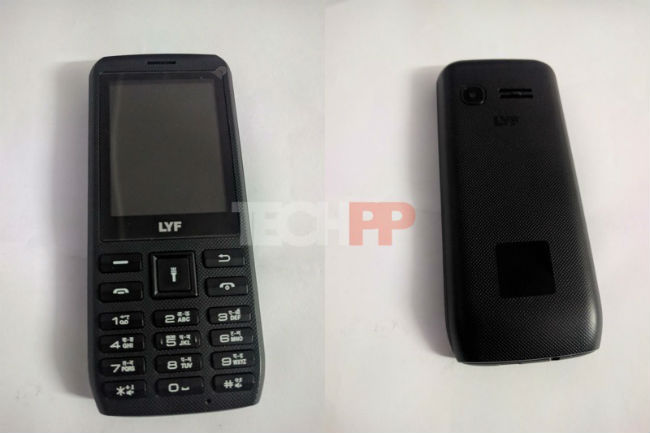 The feature phone reportedly offers 512MB RAM, 4GB flash storage, expandable up to 128GB. There is also a front VGA camera and a 2MP rear camera. TechPP reports that the device runs a forked version of Firefox OS called KAI OS with support for CAT 4 LTE band 3, 5 and 40. In terms of connectivity, there is Wi-Fi with Vo-WiFi support, but lacks Wi-Fi tethering or hotspot functionality. It also supports Bluetooth 4.1 and GPS.

As reported in the past, Jio is aiming to push its own suite of apps and services with its VoLTE feature phone. The feature phone comes bundled with Jio Apps like Jio TV, Jio Cinema, Jio Music to name a few. Reliance is reportedly subsidising the handset by Rs 650 to Rs 975, bringing the final retail price down to Rs 500. The company has reportedly placed orders for 18-20 million units of its VoLTE feature phone and shipments are expected to begin at the end of this month or early next month. Jio also revised its tariff plan recently and added two new plans with Rs 399 plan offering benefits previously available under the company's Dhan Dhana Dhan Offer.