Redmi Y3 first sale in India today via Amazon and Mi.com: Here’s everything you need to know 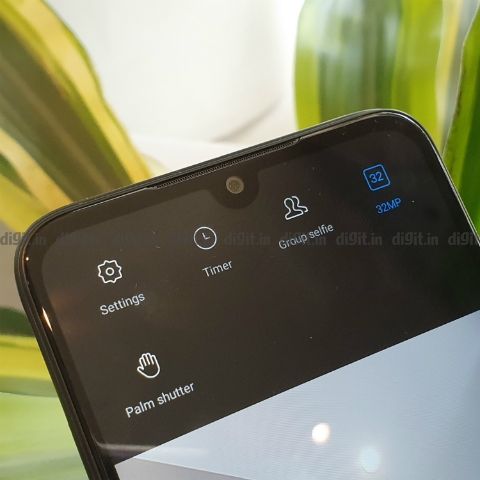 It will be available via Amazon.in and Mi.com starting 12PM today.

The Xiaomi Redmi Y3(₹ 7999 at amazon) is a selfie-centric budget phone with a 32MP front-facing camera which also supports EIS. It will be available in two variants - 3GB RAM + 32GB storage which is priced at Rs 9,999. There is also a 4GB RAM and 64GB storage variant priced at Rs 11,999. If you are an Airtel user, you can get up to 1120 GB of 4G data, and unlimited calling upon purchasing the smartphone.

Coming to the specifications of the smartphone, the Redmi Y3 sports a 6.26-inch HD+ display with a resolution of 1520x720 accompanied with a Dot Notch. The display has a 19:9 aspect ratio. The display is protected by Corning Gorilla Glass 5. The smartphone comes with an Aura Prism Design in black, red and blue colours. The back panel of the smartphone comes with a fingerprint sensor and P2i hydrophobic coating is supposed to give it some level of water resistance. The phone also comes with a 3.5mm jack and an IR blaster.

The dual-SIM Redmi Y3 sports an Octa-core Snapdragon 632 SoC, and comes in two RAM and storage variants mentioned above. The phone runs MIUI 10 based on Android Pie 9. A 4000mAh battery powers the entire package. For the optics, the smartphone ships with a 32MP front camera with Electronic Image Stabilization (EIS). The phone can record video in 1080p at 30fps using the front camera.

At the back, the smartphone packs in a dual-camera setup where one is a 12MP primary sensor with 1.25um pixel size and a 5pc lens with an aperture of f/2.2. The camera comes with PDAF, and 33 AI scene detection feature as well as EIS support. The rear camera can record videos in 1080p at 60fps. The secondary camera at the back is a 2MP depth sensor. There is a single tone LED flash at the back as well. For the front, the camera uses the screen as a flash.

In our first impressions of the device, we noted, “The Redmi Y3 certainly comes across as a big upgrade over its predecessor, especially in the selfie department. The performance too seems like it may be an upgrade over the Redmi Y2, but it won’t be able to match up to other mid-rangers in the same price range. Essentially, if you have Rs 9,999 to spend, you can either go for the performance route with the Redmi Note 7 or the selfie-centric way with the Redmi Y3. However, we should mention that the performance of both the phones is yet to be tested by us, so we'll reserve any definitive judgement on that. What’s notable is that the Redmi Y3 becomes the cheapest smartphone with a 32MP front camera in the market presently. All the others like the Samsung Galaxy A70 and the Vivo V15 and the Vivo V15 Pro are priced almost double that of the Redmi Y3. The megapixel wars have now reached the front camera and combined with Xiaomi’s price-game, it certainly looks impressive.”