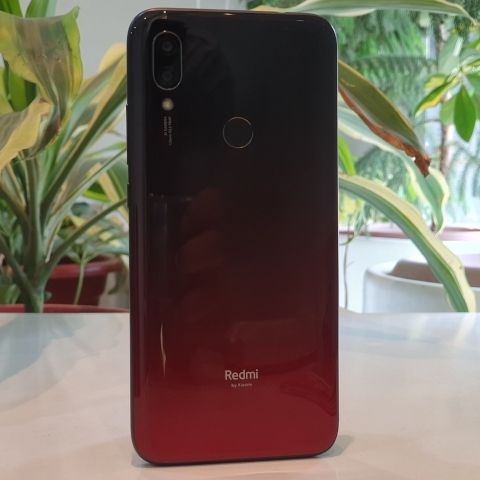 Hot on the heels of the Redmi Note 7 and the Note 7 Pro, Xiaomi announced the Redmi 7. The phone isn’t exactly new as it has been available for a while now in China. In the portfolio, the Redmi 7 sits right below the Redmi Note 7 and while it does look similar, the hardware under the hood might not match up to Note 7's performance. Even when compared against the Redmi 6, it’s predecessor, certain aspects do come across as a downgrade, at least on paper, but some like the display and the battery are big improvements. Here’s our first take of the Redmi 7. 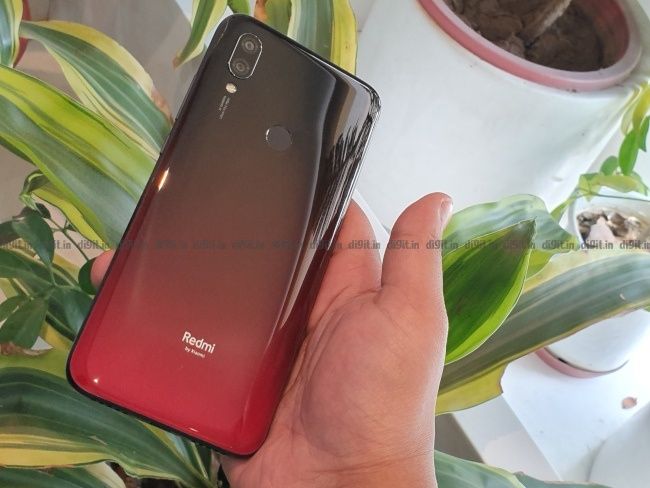 Between the Redmi 6 and the Redmi 7, the most noticeable difference is the display. The Redmi 7’s 6.26-inch IPS LCD panel takes up more real estate than the Redmi 6, and as a result, it manages to offer a higher screen-to-body ratio than before. That’s primarily thanks to the U-shaped notch that houses the front camera, same as the Redmi Note 7 Pro. However, this isn’t exactly a bezel-less design as the Redmi 7 sports a thick chin and significant bezels on the sides. The rear panel has also undergone a big change. Earlier Xiaomi phones stuck to the metal unibody design with a matte finish rear panel. The Redmi 7 is a refreshing departure where Xiaomi plays with gradient colours that change as light reflects off it. We received the red colour variant that slowly turns black as you go upwards.

The body, however, is not glass like the Redmi Note 7 Pro. It’s actually hard plastic that’s extremely prone to smudges and fingerprints. But then again, it’s bound to be more durable than glass even though it would be prone to scratches if the phone falls on a rough surface. There’s Gorilla Glass 5 on top of the display to protect the screen though. The phone even comes with a transparent case inside the box. Also, the device is coated with P2i nano hydrophobic coating to protect it from accidental splashes.

The Redmi 7 also curves gently from the back, offering a good grip with a thick, smooth metal frame holding everything together. It’s also heavier than most other phones in that range and we’re guessing that’s because of the large battery it packs inside. 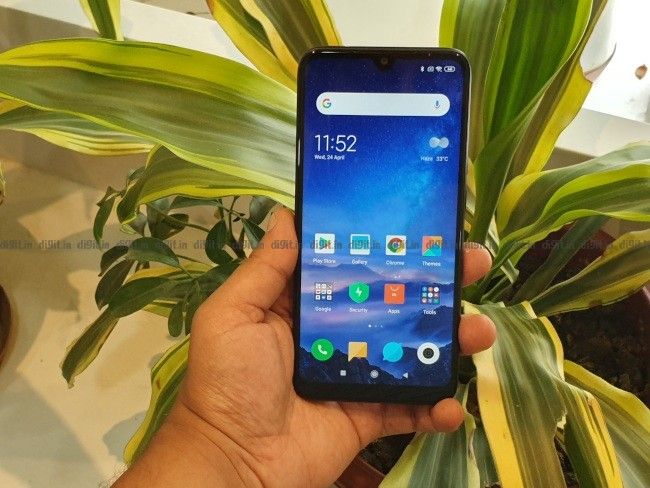 While its predecessor relied on the MediaTek Helio P22 for performance, the Redmi 7 is powered by the Snapdragon 632. If you’re confused about where the SoC sits in the larger scheme of things, we’re in the same boat. Qualcomm’s mid-range SoC nomenclature has become rather confusing and crowded. We have, however, seen a drastic difference in performance among the Snapdragon 66x SoCs and the Snapdragon 63x SoCs. There are four Cortex A73 based big cores clocked at 1.8GHz and four Cortex A53 based efficiency cores also clocked at 1.8GHz. This should ideally result in a big boost in performance as compared to the Redmi 6 which ran on the Helio P22 which used eight small cores instead of a big.Little architecture.

The phone is paired with either 2GB and 3GB of RAM and 32GB storage. The 2GB RAM might impact performance in a big way and might be counterproductive to the processor's performance. There’s also a bigger 4,000mAh battery as compared to the 3000mAh in its predecessor.

Furthermore, the phone runs on Android 9 Pie-based MIUI10 which essentially offers the same software features as the Redmi Note 7 Pro.

What baffled me about the Redmi 7 was the camera. Xiaomi claimed there’s been a marked improvement in the camera quality, but the spec-sheet suggests otherwise. For one, it seems to be using the same 12MP sensor as the Redmi 6 with f/2.2 aperture lens and 1.25um pixel pitch, and another 2MP depth sensor, a downgrade from the 5MP depth sensor used on the Redmi 6. This shouldn’t really result in drastically different photos though, as the secondary sensor’s job is only to calculate the depth of field where the camera resolution isn’t a big deal. 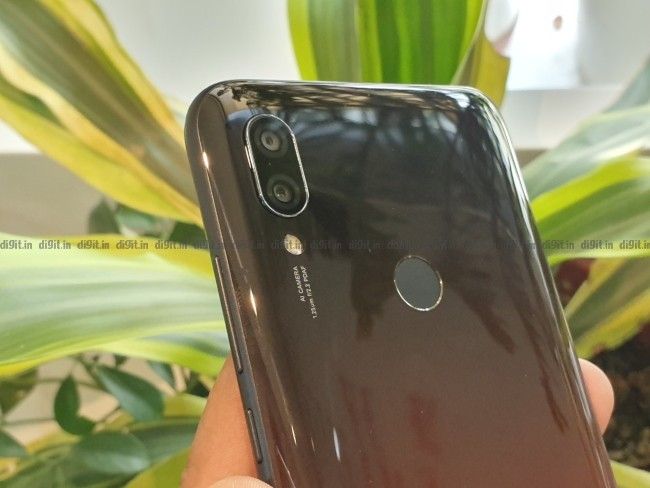 Having said that, we were expecting a bump in camera specs considering the Redmi Note 7 Pro was blessed with a 48MP camera. The 12MP camera, especially when you see the price difference, suddenly seems underwhelming. On the front, the Redmi 7 received a spec-bump in the form of an 8MP sensor with support for HDR selfies. There’s also Xiaomi’s AI scene recognition and AI beautification which is now present in almost all Redmi devices except the Redmi Go. We will be testing the camera out in the coming few days for an in-depth verdict.

I’ll honestly say that at first glance, the Redmi 7 doesn't seem all that exciting. The phone comes across as a downgraded Redmi Note 7 Pro with a similar design, display and form factor. But the performance and camera are where it lacks lustre. Granted it's much cheaper than the Note 7 Pro, but 2GB RAM in today's age? The camera too doesn't seem like a big upgrade over its predecessor. Nevertheless, for Rs 7,999, there are other options to explore as well and the Redmi 7 becomes one among many to offer a good mix of design and hardware. We will be putting the phone through our intensive tests for the in-depth review for a concrete verdict. Stay tuned.