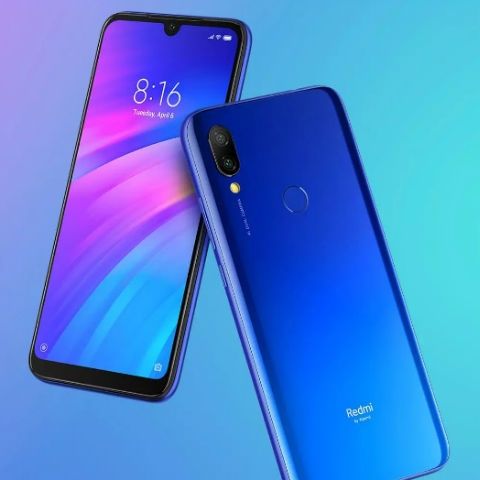 Based on the information shared by the tipster, the Redmi Snapdragon 855 device will come with a 6.39-inch display.

The phone will feature a 32-megapixel camera on the front while the rear panel will house a triple-camera setup including a 48MP camera, an 8MP secondary sensor and another 13MP camera.

The Redmi flagship’s official name is still unconfirmed and we also have little idea about the design.

Xiaomi’s sub-brand Redmi was so far been reserved for mid-range and budget devices. The most powerful Redmi phone, the Redmi Note 7 Pro is powered by the Snapdragon 675, a mid-range processor. However, there have been rumours before that Redmi, now an independent brand under Xiaomi, is working on a device powered by the Qualcomm Snapdragon 855. Now, a Chinese tipster has leaked more information regarding the phone including some key specs.

Based on the information shared by the tipster, the Redmi Snapdragon 855 phone will come with a 6.39-inch display. Furthermore, the flagship processor will be accompanied by 8GB of RAM and 128GB of storage. The tipster also revealed the camera specs. The phone will feature a 32-megapixel camera on the front while the rear panel will house a triple-camera setup including a 48MP camera, an 8MP secondary sensor and another 13MP camera.

This is not the first time we’re getting information about an alleged Redmi flagship. In fact, Redmi General Manager Lu Weibing and other Xiaomi executives have revealed more details about the upcoming device. The Redmi flagship device will feature a 3.5mm headphone jack and NFC. Weibing also said that the phone is worth waiting as it offer a higher screen-to-body ratio, faster performance and better cameras.

The Redmi flagship’s official name is still unconfirmed and we also have little idea about the design. Whether the device will come with an edge-to-edge display, in-display fingerprint sensor or not will be revealed closer to the launch. It’s speculated that the device will be announced in May or June.

Redmi is also gearing up to launch a device powered by the Snapdragon 730. The device is expected to come with a notch-less display, pop-up cameras on the front and a triple-camera setup on the back. On Wednesday, Redmi launched the Y3 and the Redmi 7 in India. The Redmi Y3 comes with a 32MP front camera.