The primary differentiator in the Redmi Note 7S is the 48MP camera on the back of the phone, and starting Rs 10,999, it’s the most affordable 48MP phone to launch in India so far. Here are our initial thoughts on the device. 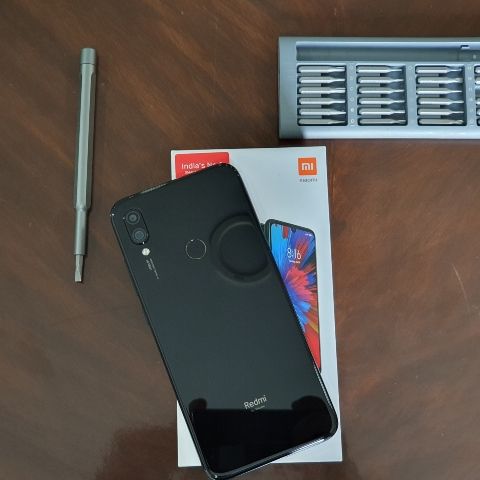 It’s raining Redmi phones this year with the Redmi Note 7S(₹ 12999 at amazon) becoming the sixth phone to launch from Xiaomi’s stable this year. It’s part of the Redmi Note series and shares a lot of commonality with the other two phones in the series - Redmi Note 7 and Redmi Note 7 Pro. But the primary differentiator in the  Redmi Note 7S is the 48MP camera on the back of the phone. Starting Rs 10,999, it’s the most affordable 48MP phone to launch in India so far. But you must be wondering how Xiaomi is selling two 48MP camera phones at two different prices. The answer to that is in the camera hardware.

We received the Redmi Note 7S Onyx Black colour variant a day before the device was announced. We have set it up and are presently testing the device for an in-depth review. Here’s how it’s shaping up — 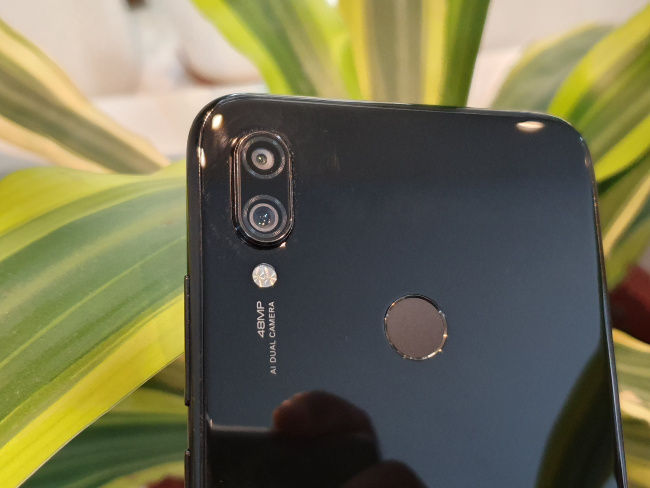 But there’s little separating the Samsung 48MP sensor and the Sony 48MP sensor. The two sensors have a lot in common including a 1/2-inch surface area and default output of 12MP. Both sensors have a default pixel pitch of 0.8um. Both sensors combine four pixels into one to create an effective pixel size of 1.6um that allows higher amount of light captured. That essentially leads to a better dynamic range, and a better low-light performance. We will compare the camera performance of the Redmi Note 7S not just between the other two Redmi Note devices but also with the Samsung M-series phones and the Realme 3 Pro. 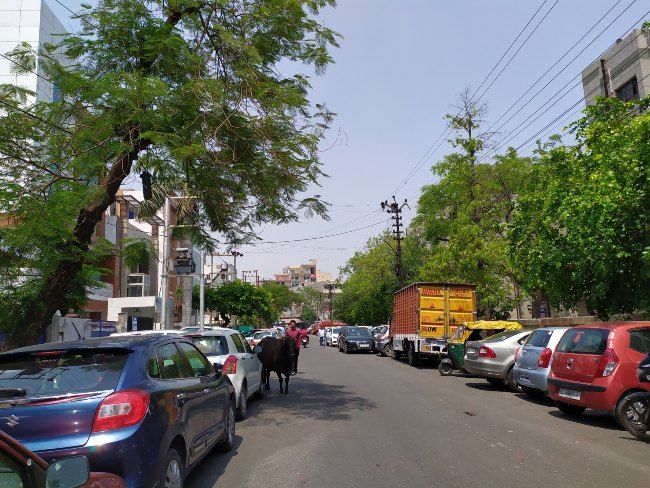 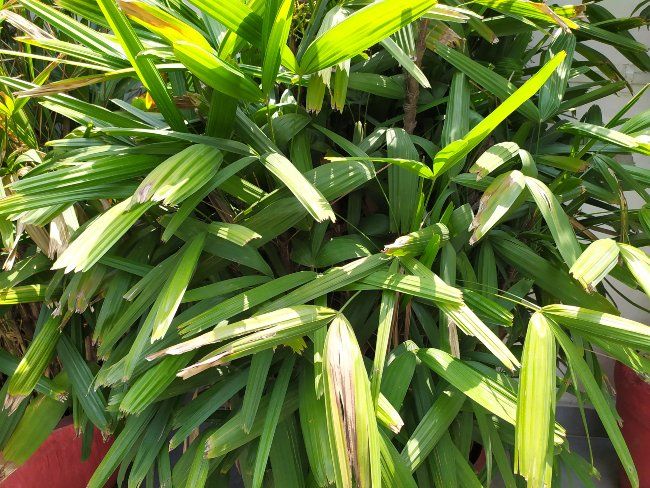 The 48MP rear camera on the Redmi Note 7S is paired with a 5MP depth sensor that allows for better portrait photos, and on the front you get a 13MP sensor for selfies. The primary rear camera has a lens with f/1.8 aperture, while the front camera has a lens with f/2.0 aperture. Except for the different hardware, all other features in the camera are the same as the Redmi Note 7 Pro. For instance, there’s a Night Mode, HDR, and portrait mode on both the front and rear cameras.

For the little while we used the device, the Redmi Note 7S camera seemed quite good in taking photos in broad daylight. There’s good details in the photos it captured in 12MP. We will look deeper into the 48MP mode in another article.

The Redmi Note 7S should have the same performance as the Redmi Note 7. Both phones are powered by the Qualcomm Snapdragon 660 SoC, and according to Xiaomi, this is not an “underclocked” version of the processor that’s used in other smartphones that advertise Snapdragon 660-powered performance. Instead, the Redmi Note 7S’ SoC has a peak clock speed of 2.2GHz, whereas the Asus Zenfone Max Pro M2 has peak clock speed of 1.95GHz. As a result, Xiaomi claims the AnTuTu scores and other CPU benchmark scores are higher. It probably will be, but the fact of the matter is that the performance offered by the most of these mid-rangers in the real world will be more or less similar. 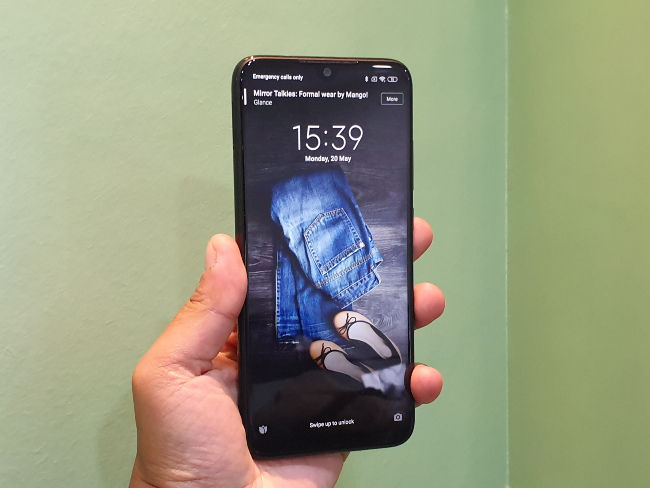 The Snapdragon 660 SoC is also what makes the Redmi Note 7S fall short of becoming the Redmi Note 7 Pro. The mid-range SoC comes with an older Adreno GPU that isn’t quite as powerful as the one on the Snapdragon 675 which powers the Redmi Note 7 Pro. Even the RAM and storage variants aren’t quite ‘pro’-grade. You get 3GB and 4GB RAM variants with 32GB or 64GB storage combinations. It does have the option to expand storage but that comes at the cost of the second SIM card. There’s also the 3.5mm headphone which Xiaomi promised will be present in all its 2019 devices (we’re looking at you, MiA3), as well as the IR blaster. The processor draws its power from a 4,000mAh battery, same as the other two Redmi Note smartphones. The phone comes with a 10W Quick Charger out of the box but supports QC4.0-enabled fast chargers as well.

Now that there are three distinct smartphones in the Redmi Note series, telling them apart is difficult, especially if you see them all in their black variants, which we have. The Redmi Note 7 Pro and the Redmi Note 7 introduced Xiaomi’s take on gradient colour design. The Redmi Note 7S follows the same design philosophy with reflective glass on both sides, reinforced with Gorilla Glass 5. The corners are reinforced to handle drops better and the frame is polished to give the phone a premium look. It certainly looks quite charming, but is a little heavy and slippery. There's also a USB-C port this time on the bottom. 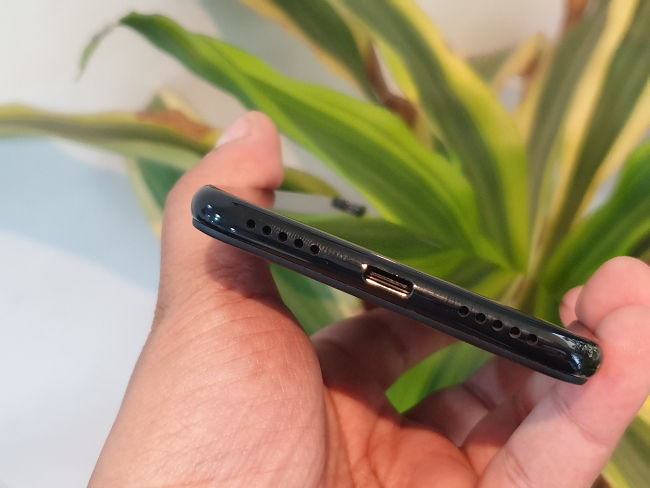 On the front, there’s a 6.3-inch IPS LCD display with a relatively smaller waterdrop notch housing the front camera. There is also a thick bezel on the bottom that mars the full-screen experience somewhat, but at first glance, the panel looks quite vibrant with saturated colours and boosted contrasts. 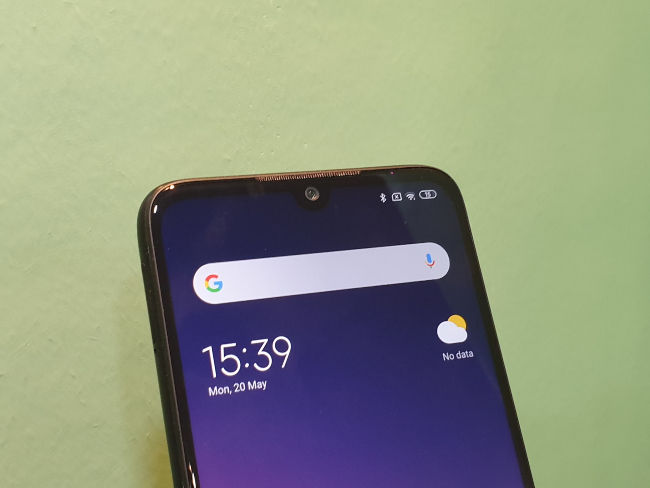