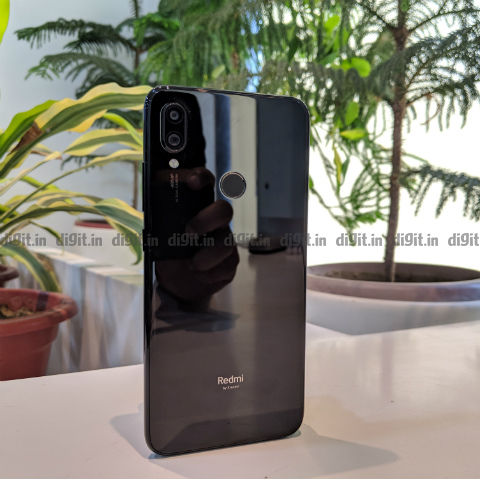 Xiaomi has announced that the Redmi Note 7 that was launched in February, in India, will be phased out and replaced with the newly launched Redmi Note 7S. The difference in the price of the two smartphones is a mere Rs 1,000. The information about the Redmi Note 7 being phased out comes via Twitter from Raghu Reddy, who is the Xiaomi’s head of online sales in India. Additionally, Anuj Sharma, Xiaomi India Marketing Head tweeted, “More connected with lifecycle volumes than time. Sometimes planned volumes sell out faster than expected (way faster)”.

The Redmi 7S that was just launched in India is sold as the Redmi Note 7 in China. The new phone was announced on May 20 in India at a starting price of Rs 10,999. The Redmi Note 7S sports a glass-clad design and is protected by Corning Gorilla Glass 5 on the front and the back. It has a  6.3-inch Full HD+ waterdrop notch display with a 2340 × 1080p resolution. Under the hood, we have the Snapdragon 660 SoC coupled with two RAM options - 3GB and 4GB RAM paired with 32GB and 64GB of built-in storage respectively. A 4000mAh battery with Quick Charge 4 powers the entire package.

The Redmi Note 7S comes equipped with a 48MP + 5MP dual-rear camera setup that supports PDAF, EIS and AI Portrait Mode. The 48MP main camera features a half-inch sensor with f/1.8 aperture and a 1.6µm pixel pitch that is said to enable users to capture better images with “great” detail. The phone gets a Night Mode option in the camera as well, which is said to enable capturing good images in low-lit conditions. The front houses a 13MP camera with support for AI Portrait mode.

Speaking of the phone's price, the 3GB RAM + 32GB storage version of the Redmi Note 7S will cost you Rs 10,990, while its 4GB RAM + 64GB storage version is priced at Rs 12,999. For colour options, users have the choice of Onyx Black, Sapphire Blue and Ruby Red.

In our first impressions of the Redmi note 7S we noted, “The Redmi Note 7S serves a clear purpose. It’s a phone made for those that crave the 48MP camera debuted with the Redmi Note 7 Pro, but at a lower price-point. This could have been the Redmi Note 7 itself, but Xiaomi decided to wait a good two months in this crowded market before bringing another, more affordable high-res camera phone. There’s also not much of a difference in the price of the phone as compared to the Redmi Note 7. For Rs 1,000 more, you get the 48MP camera with the rest of the specs same as the Redmi Note 7. At first glance, the price seems justified, but stay tuned for our detailed review to know if this phone is worth your money."