Redmi Note 7 teased on Flipkart ahead of February 28 launch 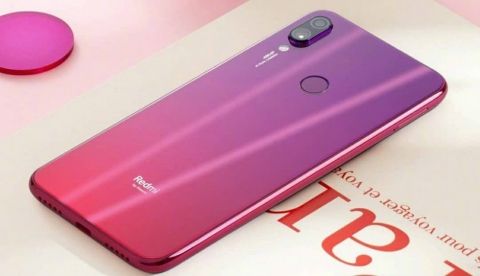 Xiaomi is preparing for the launch of its Redmi Note 7 in India, which is set for February 28. Ahead of the launch, Flipkart has created a dedicated microsite for the upcoming device, hinting that alongside Mi.com, it could be available via Flipkart as well. The Redmi Note 7 has already launched in China and we already know almost everything there is to know about it. However, the new webpage again highlights some notable features of the handset like its 48MP rear camera and the Qualcomm Snapdragon 660 SoC. It also mentions “Next Level Durability” of the device, which we guess is because of the whacky videos company posted demonstrating the phone’s durability.

As per Flipkart’s trailer, the Redmi Note 7 will be launched at 12PM on February 12 in India. Alongside the Redmi Note 7, the company could also unveil the Redmi Note 7 Pro and the Redmi Go smartphones. The Redmi Note 7 is powered by the Qualcomm Snapdragon 660 SoC and comes in 3 RAM/32 storage variants. You can choose between 3GB, 4GB and 6GB of RAM, with storage options being 32GB of the lowest RAM variant and 64GB storage for the other two. In terms of optics, it features a 48MP Samsung ISOCELL GM1 sensor, that offers a true resolution of 12MP, which it’s able to upscale to 48MP. The Redmi Note 7 is backed by a 4000mAh battery.

The Redmi Go is Xiaomi’s first Android Go device that sports a 5-inch display. It comes equipped with an 8MP rear camera and a 5MP front-facing camera. It is powered by the Qualcomm Snapdragon 425 chipset with 1GB of RAM.

The Redmi Note 7 Pro smartphone is confirmed to feature a 48MP Sony IMX586 sensor, however, not much else is known about the device. It is expected to be powered by the Qualcomm Snapdragon 675 SoC, which will provide support for the aforementioned 48MP camera and Qualcomm’s Quick Charge 4+, amongst other things. It might feature a 6.3-inch display with a resolution of 2340x1080, and a 4000mAh battery.