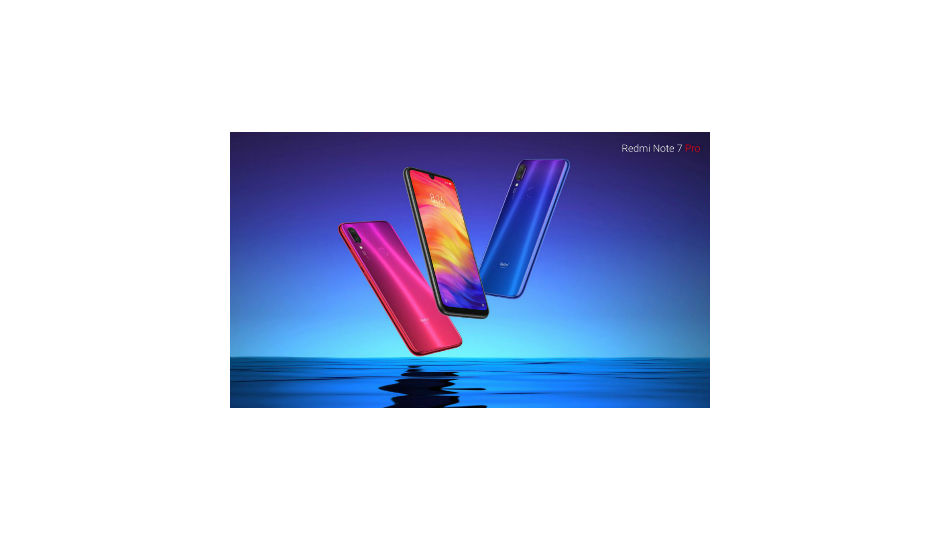 The phone features Aura Design, which is said to deliver an immersive experience with thinner bezels. It features a 6.3-inch Full HD+ LTPS screen with a 19.5:9 waterdrop notch display design. The company says it has managed to incorporate a larger display in the same form factor. Features like Sunlight Display that boosts brightness and contrast, and Reading Mode which adjusts colour temperature to cut down on blue light are also present. The smartphone is powered by the new Qualcomm Snapdragon 675 SoC octa-core processor and comes with up to 6GB RAM and up to 128GB storage. 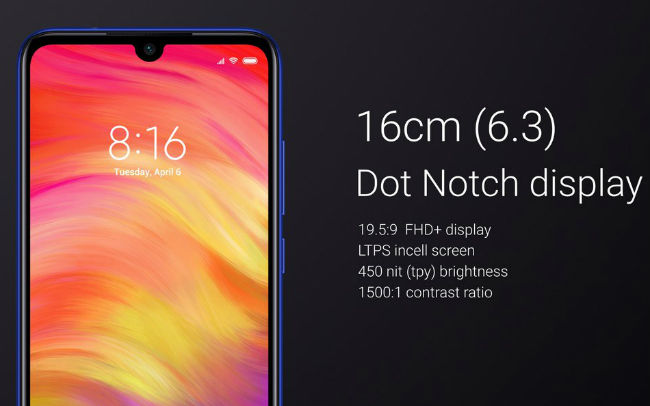 As the company had earlier revealed, the Redmi Note 7 Pro comes equipped with a 48MP main rear camera, which is supplemented with a 5MP secondary sensor. It features the Sony IMX586 sensor, which is a half-inch stacked CMOS sensor that is touted to deliver better images in low-light. The primary camera features an f/1.79 aperture lens. The company says that by default, the Redmi Note 7 Pro captures 12MP images and to click an image in 48MP, one will need to navigate to Pro mode in the camera app. The camera can also detect from 33 scenes with AI scene detection and comes with AI portrait 2.0 that is said to enable adjustable bokeh, studio lighting and light trails features. The phone supports capturing 4K videos at 30fps and comes with EIS. On the front, the Note 7 Pro is equipped with a 13MP camera that also enables face unlock. 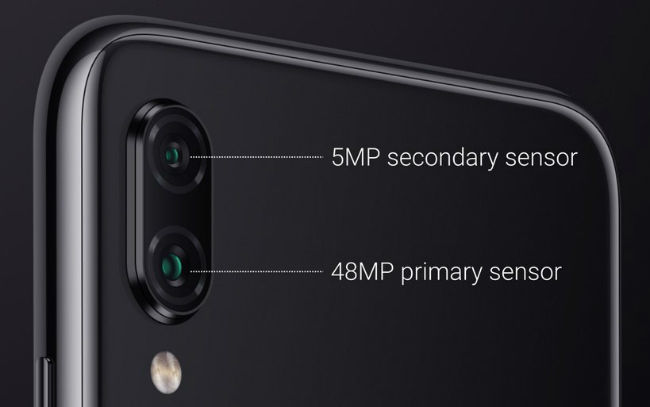 The Redmi Note 7 Pro is protected by Gorilla Glass 5 display on both the front and the back and comes equipped with a Type-C port. It runs on MIUI 10 based on Android 9 Pie and is backed by a 4000mAh battery that supports Qualcomm Quick Charge 4. While the device supports 18W fast charging, one will get a 10W charger in-the-box.

We know almost everything there is to know about the Redmi Note 7 as it went official in China about a month ago. It is powered by a Qualcomm Snapdragon 660 SoC and comes in two variants. It will be available in 3/32GB, and 4/64GB memory and storage variants. The handset sports a 6.3-inch LCD display that is protected by Gorilla Glass 5 on top. It also features a 19.5:9 display aspect ratio and gets a waterdrop notch design.

In terms of optics, the smartphone features a 12MP + 2MP dual rear camera setup. The company has apparently decided to ditch the 48MP Samsung GM-1 sensor, which can be found on the Redmi Note 7 that sells in China. The 12MP primary sensor has a 1.25µm pixel pitch, while the 5MP secondary camera helps in capturing bokeh images. On the front, it sports a 13MP sensor that supports AI portrait selfie, along with the face unlock feature. The phone also packs a 4,000mAh battery and like its more powerful sibling, supports Quick Charge 4.0.

The Redmi Note 7 will go on sale at 12 PM on March 6 via the stated online and offline channels. However, the Redmi Note 7 Pro will be available later, from March 13 at 12 PM from the same retail channels. Special partner offer on the phones includes up to 1120 GB 4G data for Airtel subscribers. Additionally, Airtel users who, while using their SIM on the phone, recharge with Rs 249 or Rs 349 recharge options will get to avail double data of 4GB and 6GB 4G data per day respectively, up from 2GB and 3GB. They will get to avail this additional data benefit on the first 10 recharges on the new smartphone or for the first 10 months, whichever is earlier.

Xiaomi will also be bundling an ultra slim case for free with the Redmi phones and has introduced the new perforated case for the handsets at Rs 349.