Xiaomi and Redmi India are once again teasing the launch of the Redmi Note 7 in the country. Conjecture has it that the smartphone could launch on February 14. 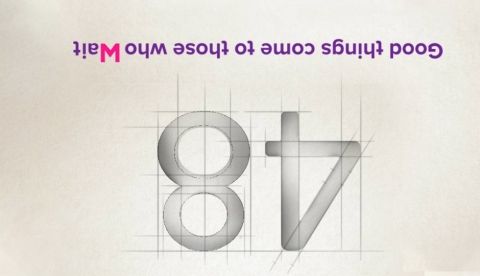 Xiaomi and Redmi are now separate brands, but the latter still comes under Xiaomi’s umbrella, just like Poco. The first phone to launch with the standalone Redmi branding was the Redmi Note 7, which became official in China on January 10. The phone is now headed to India and both Xiaomi and Redmi have been teasing the device’s 48MP camera setup on their Indian social media handles. Last week, the Redmi Note 7 teasers promised market disruption, hinting at a highly competitive pricing for the device. Now, just a couple of days after Samsung launched its new budget and mid-range Galaxy M10 and Galaxy M20 smartphones in India, Xiaomi and Redmi are once again teasing the imminent launch of the Redmi Note 7 in India. Only this time, it looks like the teaser takes a jab at the new Galaxy M series.

The head-turning teaser posted by Xiaomi and Redmi states - “Good things come to those who wait.” Since the text is inverted, the ‘W’ in wait is highlighted to look like an ‘M’. The teaser image is accompanied by the words 48MP, referring to the 48MP camera setup on the Redmi Note 7.

It's gonna be legen… wait for it… dary! #ԀW8ᔭ pic.twitter.com/qUYb4a9myp

Given its China pricing, the Redmi Note 7 is the the most affordable 48MP camera smartphone. It  features a 6.3-inch LCD panel with a waterdrop notch and a resolution of 2340x1080 pixels. The phone gets a 2.5D curved glass chassis and a fingerprint sensor at the back. The phone is powered by the Qualcomm Snapdragon 660 SoC and in China, it is offered in 3GB, 4GB and 6GB RAM variants with 32GB or 64GB storage options.

As mentioned, the phone comes with a 48MP sensor at the back, combined with a 5MP secondary sensor for portrait shots. Redmi claims the 48MP sensor helps take better shots in low-light as well as poster like HD photos.

On the front, the Redmi Note 7 has a 13MP shooter with AI enhancements for face beautification and portrait mode. A 4,000mAh battery powers the device.