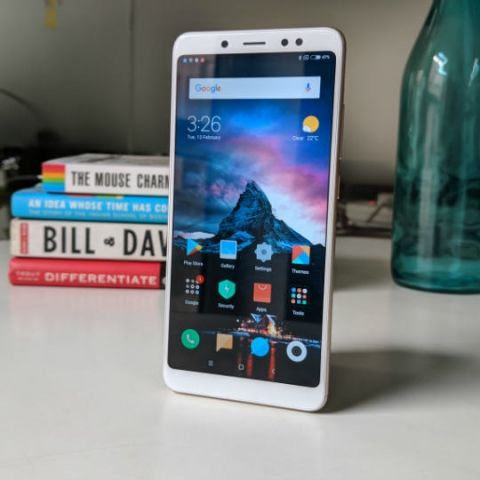 Xiaomi launched the Redmi Note 5 Pro earlier this year. In our review, we wrote that the curved back does make the phone easier to grip, but at the same time, it feels heavy. The Redmi Note 5 doesn't have a metal unibody and has plastic inserts on both the top and bottom of the metal back to incorporate the antennas. This may raise some questions in consumers mind when it comes to the durability of the device. Zack Nelson, who tests the durability of smartphones and publishes the videos in jerryrigeverything page on YouTube, sent the smartphone through his rigorous tests and found that it could barely survive them.

In the video posted on the page, the YouTuber scratches the phone from all sides and shows the built of the phone. He scribbles on the display which is protected by a Corning Gorilla Glass and finds out that it is prone to scratches. Since the top and bottom of the phone are plastic, he could peel off a small part of the surface. The YouTuber could easily scratch the sides and the back panel of the smartphone.

The camera and fingerprint sensor on the back are also prone to scratches. The glass on the camera easily got scratches and the fingerprint sensor was rendered useless when the YouTuber scratched the surface with a cutter. In the bend test, it was found that the smartphone has a weak point between the volume rocker and the power button. Upon bending the phone, the space between the display and the back panel was created though the smartphone didn’t break easily under pressure. Although it (barely) survived the durability test, the smartphone is not as tough as people may have expected it to be.

To recall, Xiaomi launched the smartphone in February in two variants, one with 4GB RAM/64GB storage, which costs Rs 14,999 and another with 6GB RAM/64GB storage, which is priced at 16,999. The device was launched with a 5.99-inch FHD+ 18:9 display and the Qualcomm Snapdragon 636 SoC. It comes equipped with a 12MP + 5MP dual-rear camera setup and on the front has a 20MP sensor with Selfie-light and Beautify 4.0 feature. The phone is backed by a 4000 mAh battery and features a rear-mounted fingerprint sensor.