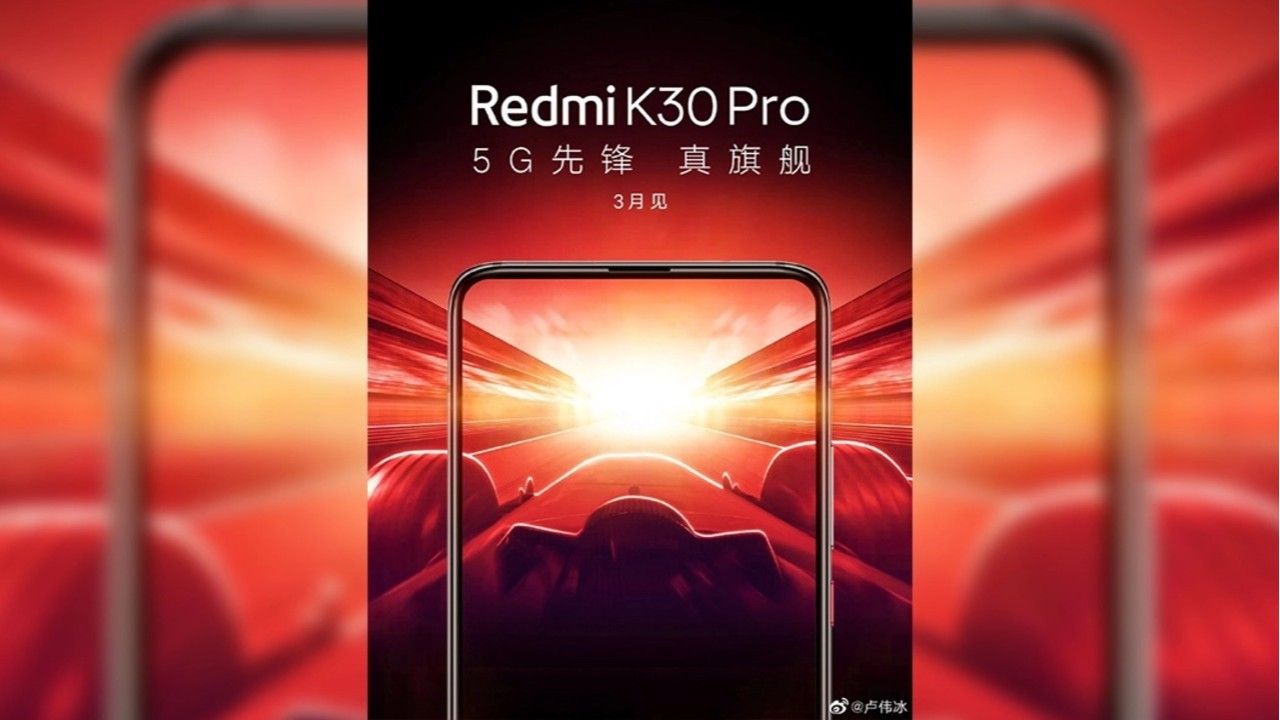 Redmi K30 Pro has been confirmed to sport a notch-less display and feature a full-screen design.

It will be launched in March.

The Redmi K30 Pro is expected to feature a FHD+ AMOLED screen with a 90Hz refresh rate.

Redmi K20 Pro was a very popular device in the country. The company is looking forward to launching the successor soon. Redmi has confirmed that the Redmi K30 Pro will be launched in March. However, the date hasn’t been revealed. Further, it has been confirmed to sport a notch-less display and feature a full-screen design. That means, it will have a pop-up selfie camera module. The latest information also confirms the presence of the latest silicon from Qualcomm. The device will support 5G as well.

The latest development comes from Weibo. Redmi’s Lu Weibing has posted two teasers on the social media platform confirming some of the specifications of the device. In the first teaser, we can see the front of the handset, which is notch-less. Hence, the pop-up selfie camera module will be present in Redmi K20’s successor. Moreover, it is tipped to sport a dual selfie camera setup. Hence, the pop-up module could house two camera sensors. Further, in the second teaser, Lu mentions that the Redmi K30 Pro will be powered by the Qualcomm Snapdragon 865 SoC and will support 5G. He also says that the handset is coming soon in March. However, the launch date hasn’t been revealed.

The Redmi K30 Pro is expected to feature a FHD+ AMOLED screen with a 90Hz refresh rate. It is likely to come with an in-display fingerprint scanner. Further, the handset is expected to sport LPDDR5 RAM. It may come with UFS 3.1 storage as well. The handset is rumoured to pack 4700mAh battery that is said to support 40W fast charging. It is also tipped to come equipped with a 64MP Sony IMX686 sensor.

We expect more information regarding the device to emerge as we close in on the launch date.