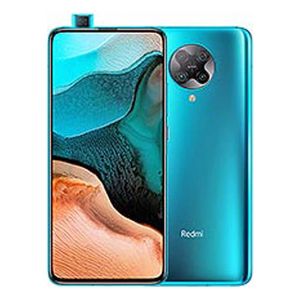 Redmi K30 Pro smartphone has a 6.67-inch touchscreen display. Under the hood, the phone is powered by an octa-core Qualcomm Snapdragon 865 processor. It runs on Android 10 OS and is powered by a 4700mAh battery.

The Redmi K30 Pro packs a 64 MP main sensor with 2 MP depth sensor and a 13 MP wide-angle camera sensor. It has a 32 MP front camera for clicking selfies and making video calls. It runs the company’s proprietary MIUI 11 based on Android 10.

A phone has a circular camera module that has four sensors with a flash. It has a quad rear camera sensor. The phone houses a 3.5mm headphone jack, a pop-up selfie camera, and an Infrared (IR) blaster. A teaser image of the phone shows the device in white colour. The image shows that the smartphone has a metallic frame and a red coloured power button.

The Redmi K30 Pro has a circular camera module with four sensors with a flash under the camera module on the rear. It has a 64 MP primary sensor and a 32 MP selfie camera in the front. The phone has a pop-up camera for clicking pictures.

Sensors included in the device are an accelerometer, an ambient light sensor, a compass/ magnetometer, a gyroscope, a proximity sensor, and an in-display fingerprint sensor. The phone comes with supports face unlock for security.

The Redmi K30 Pro has Game Turbo 3.0 and its display is TUV certified. The company claims that the phone has improved vibration motor and is now optimised for 153 MIUI scenarios.

The phone comes with proprietary MIUI 11 based on Android 10 OS.  It packs 64 GB of inbuilt storage paired with 6 GB of RAM. The dual-SIM (GSM and GSM) smartphone, is powered by the octa-core Qualcomm Snapdragon 865 processor.

Connectivity options included on the Redmi K30 Pro are Wi-Fi, GPS, Bluetooth v5.10, NFC, USB Type-C, 3G, and 4G. The phone has support for Band 40 used by some LTE networks in India.