There are contrary reports on the in-display fingerprint sensor.

The phone will have 3.5mm jack, NFC and Type-C port. 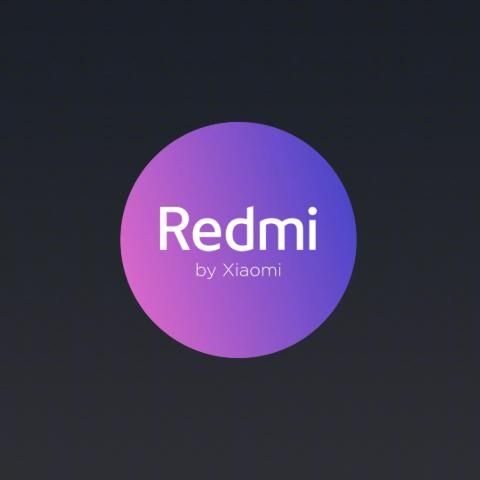 Both Redmi and company’s General Manager Lu Weibing have been on a teasing spree since the last few weeks. They have been sharing a lot of information about the upcoming Redmi K20 on social media platforms. In the latest development, the company’s Italian arm has shared a spec sheet and an estimate price of the phone. Further, the company also shared an image on Weibo claiming that the flagship phone will come with a seventh generation fingerprint sensor.

The first news comes from Europe in which a Facebook account named Redmi Italy has shared some info and a spec sheet of the Redmi K20 smartphone. This is not the first time that the phone’s specs have been leaked. The previous leak delved out information about almost all key elements like display, camera and battery. The latest spec sheet confirms those details and even give more information on the features of the phone. It also says that the Chinese tech giant will launch two phones, the Redmi K20 Pro and a regular Redmi K20 with Snapdragon 7-Series processor and K20 Pro may cost around 360 Euros (approx Rs 28,000). 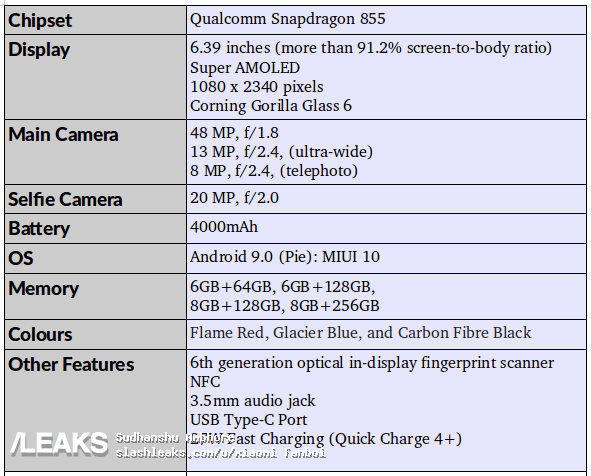 According to the specs shared by the Redmi Italy Facebook account, the phone has a 6.39-inch Super AMOLED screen with a Full HD+ resolution (1080 x 2340 pixels) with over 91.2 percent screen-to-body-ratio. The previous leak said the phone would launch with an OLED display with 19.5:9 aspect ratio. The phone is touted to have 4000mAh battery - a fact confirmed by both the spec-sheets as well as a separate teaser poster shared earlier this week.

The latest one, however, adds that the display will be protected by a Corning Gorilla Glass 6 and the phone will launch in four variants: 6GB RAM + 64GB storage, 6GB RAM + 128GB storage, 8GB RAM + 128GB storage and 8GB RAM + 256GB storage. The phone is said to run Android 9 Pie-based MIUI 10, have 3.5mm jack, a USB Type-C port and NFC. It is claimed to come equipped with 27W Fast Charging with Quick Charge 4+ tech, and will be offered in Flame Red, Glacier Blue and Carbon Fibre Black colours.