Upcoming Redmi flagship could be named the Redmi K20 Pro.

An image of the phone’s protective sticker hints at its name and key specs.

The top-end Redmi phone is confirmed to run on Snapdragon 855 and come with a 3.5mm audio jack. 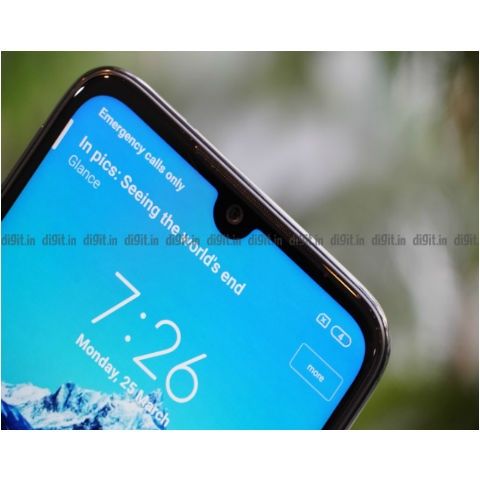 Redmi is working on a Snapdragon 855 powered flagship phone, which it recently confirmed is not named the Redmi X. While the company’s GM, Lu Weibing, said that the upcoming handset would be named something "better," there is no confirmation of what it could be called. However, a new leaked image of the phone’s protective display sticker has surfaced online, which suggests that the phone might be named the Redmi K20 Pro. All smartphones feature some sort of protective sticker and some of them sport the phone’s name and its key specifications. The image if the Redmi K20 Pro’s sticker also reveals some phone’s specs.

As per the leaked image, the Redmi K20 should come equipped with a 6.39-inch AMOLED display. In line with the previous rumours, the handset is said to run on the Snapdragon 855 SoC and come equipped with a 4000 mAh battery that supports 27W fast charging. Additionally, the phone could feature a triple-rear camera setup with a 48MP sensor. An earlier report suggests that the upcoming Redmi flagship would sport a 48MP + 13MP + 8MP sensor configuration for the main camera setup. On the front, the phone is rumoured to feature a 32MP sensor. Do note that the leak comes from an unofficial source and should be taken with a pinch of salt. 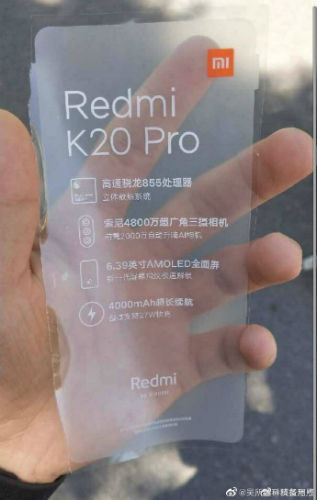 Weibing recently confirmed that the upcoming Redmi flagship will come equipped with a  super wide-angle lens. It will also enable NFC capabilities and retain the 3.5mm audio jack. The Snapdragon 855 powered Redmi smartphone is expected to go up against the Realme X handset, which will also run on the same flagship chipset. Realme has confirmed that the Realme  X will be unveiled on May 15 in China and a Lite or Youth Edition of the phone is rumoured to launch as well.