The Redmi Go is now official but Xiaomi has not revealed when or where it will launch first and how much it will be priced at. 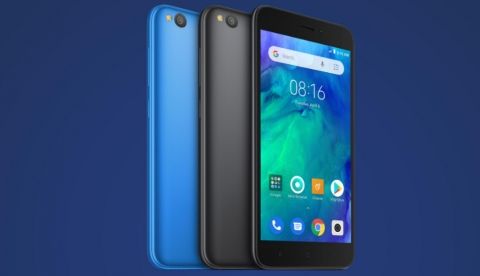 Xiaomi was speculated to be working on a new Android Go powered smartphone called the Redmi Go and it has now officially announced the device. The news comes via a tweet from the company’s official Twitter account, which reads, “‘GO’ for something new! Today we're introducing the new #RedmiGo. RT if you'll be getting one #GoSmartDoMore.” The company also posted an image with the tweet, officially revealing some of the device’s specifications. The specification sheet of the phone was leaked recently and it suggested some of the same specs that are listed officially by the company.

The Redmi Go smartphone features a 5-inch HD 720p display and is powered by an unnamed quad-core Snapdragon processor that can clock speeds of up to 1.4GHz. As per the previous leak, the phone’s display has 1280x720p resolution and could be powered by Qualcomm’s Snapdragon 425 SoC. Xiaomi confirms that the handset is backed by a 3000mAh battery and comes equipped with an 8MP rear camera and a 5MP front-facing sensor. The device is speculated to feature 1GB RAM and 8GB of storage, which can be expanded up to 128GB via a microSD card. The 8MP single-rear camera might be paired with an f/2.0 aperture lens and 1.12µm pixel size. The front 5MP sensor might sport 1.12µm pixel size and an f/2/2 aperture.

"GO" for something new! Today we're introducing the new #RedmiGo. RT if you'll be getting one #GoSmartDoMore pic.twitter.com/H9lPR9C5Sm

While Xiaomi has not confirmed if the phone is running on the Go Edition of Android, it is expected to be launched with Android 8.1 Oreo (Go Edition). The device might feature a micro-USB charging port and could come with dual-SIM support and in Black and Blue colour variants. Additionally, there is no information on what the device could be priced at or in which country will it debut first. However, the company is expected to first announce the device in the Philippines.