Redmi Note 7S shown off by company executive, Redmi 7A spotted on TENAA

Redmi Note 7S showed off by Xiaomi India MD ahead of May 20 launch.

The smartphone is seen with a dual-rear camera setup and in a red colour variant.

The Redmi 7A has also popped up on TENAA as well. 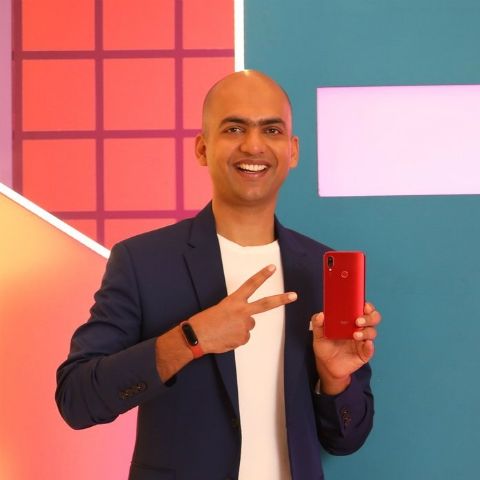 Redmi is gearing up to launch its Redmi Note 7S smartphone in India on May 20. Ahead of the official unveiling, the company’s Global VP and India MD, Manu Jain, has posted an image of the phone, showing off its design from the back. However, we have a hunch that the company is rebranding the Redmi Note 7 that was launched in China as the Redmi Note 7S for India. In a separate development, a new Redmi phone has popped up on TENAA. The Redmi 7A was spotted on online with model number M1903C3EC and it is expected to be launched soon in China as the successor to the Redmi 6A.

The feeling when you get your hands on #RedmiNote7S.

I generally don't dress up like this, but posing with this amazing #48MP camera phone is special.  How do you like this steaming hot Red coloured Gorilla Glass 5 back?

Some images of the Redmi 7A are listed on TENAA, which suggest a single camera setup on the back. The rear panel also sports a matte finish and on the chin, on the front is a Redmi logo. The listing reveals some of the phone's specs as well. It could feature a 5.45-inch display with 720 x 1440 HD+ resolution and might be powered by a 1.4 GHz processor, which is speculated to be the Snapdragon 435. The listing suggests it could launch in 2GB, 3GB and 4GB RAM options with 16GB, 32GB and 64GB of storage. On the back could be a 13MP single sensor and on the front, it is listed to come with a 5MP camera. The handset could pack a 4000mAh battery and is said to run on Android 9 Pie-based MIUI 10. The Redmi 7 with 2GB RAM + 32GB storage is priced at Rs 7,999 and the 2GB + 32 GB version of Redmi 6A sells for Rs 6,499. It remains to be seen how the upcoming phone could be priced.