Redmi 7 may launch in India soon, Redmi 7A and Redmi Y3 in tow as well

A tipster has claimed that Xiaomi may soon launch the Redmi 7, which has already been launched in China, and is likely to unveil the Redmi Y3 a month after that. 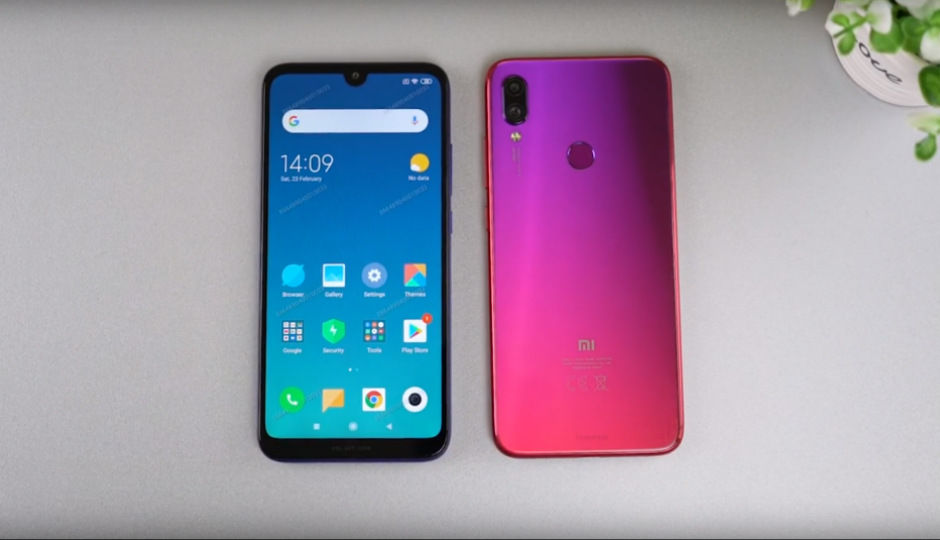 Redmi 7 may launch in India soon, Redmi 7A and Redmi Y3 in tow as well

Xiaomi may soon populate the affordable smartphone segment in India with the seventh generation of the Redmi phones. Tipster Ishan agarwal has claimed that the Chinese company may soon launch the Redmi 7 device in the country. The handset has already been launched in China and is the successor of the (Xiaomi) Redmi 6. Further, the tipster says that the Redmi Y3 could also land on the Indian soil soon after the Redmi 7. He also says that the company may be “preparing another budget smartphone with model code C3F” which is presumed to be the Redmi 7A.

The Redmi Y3 hasn’t launched in any market yet but it has made it to the Wi-Fi Alliance listing. The Wi-Fi certification documents, however, do not reveal much information about the phone but shows that the Redmi Y3 bears a M1810F6G model number, and will run on MIUI 10 baked on Android 9 Pie. If launched, the Redmi Y3 will be a successor of the Redmi Y2 that was launched in India last year.

The Redmi 7 sports 6.26-inch HD+ display with an aspect ratio of 19:9 and a waterdrop notch. Under the hood, the phone has the Qualcomm Snapdragon 632 processor along with the above mentioned RAM and storage options. The Redmi 7 has a 3.5mm headphone jack on top, and a fingerprint sensor on the back panel. Xiaomi says that instead of a glass finish, the back panel has a P2i coating which can protect the phone from water spills.

In the camera department, the Redmi 7 incorporates a 12MP primary sensor with 1.25um pixel size and 1/2.9 aperture lens. There is a 2MP secondary depth sensor, and the camera setup comes with AI features. On the front is an 8MP camera, which is housed in the waterdrop notch. The highlight of the Redmi 7 is the 4000mAh battery. The phone comes bundled with 18W charger, runs MIUI 10, which is based on Android 9.0 Pie.