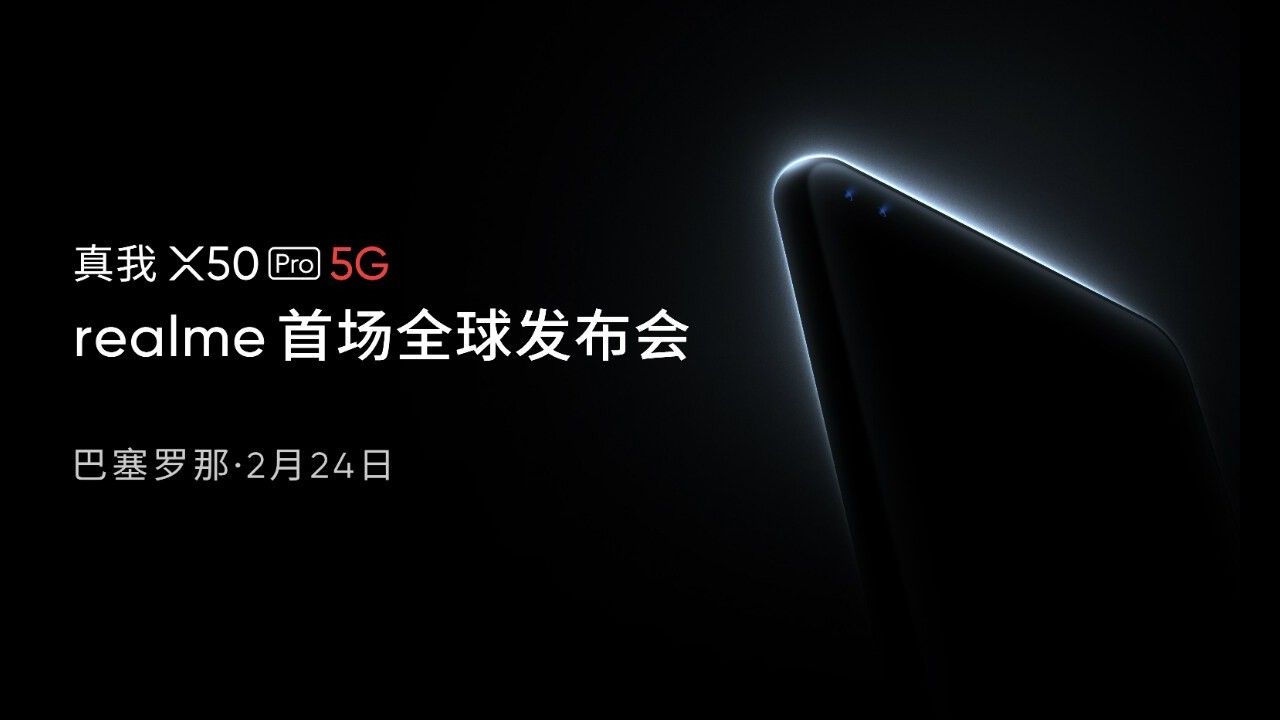 The Realme X50 Pro 5G is the company’s first 5G smartphone. The company has confirmed its launch date. Realme X50 Pro 5G will be launched at MWC 2020 in Barcelona on February 24. The brand posted a teaser on Weibo that also has an image of the handset in silhouette. It reveals that the upcoming phone will sport dual selfie shooters. Moreover, Realme Chief Marketing Officer Xu Qi Chase has posted a screenshot on Weibo revealing key specifications of the handset.

Separately, Chase took to Weibo to reveal some key specifications of the upcoming Realme X50 Pro 5G. The handset carries a model number RMX2071, which was also seen on an AnTuTu listing recently. The Realme RMX2071 appeared on the AnTuTu benchmark with 574,985 points, which is the highest on the app so far. The score beats Xiaomi Mi 10’s score of 560,217, which was the highest score on the app before this. Besides Mi 10 and the upcoming Realme handset, the only other smartphone to have broken the 500k barrier on AnTuTu is the Asus ROG Phone 2.

The Realme X50 Pro 5G is teased to run Android 10 with Realme UI V1.0 on top. It will be powered by the Qualcomm Snapdragon 865 chipset,  paired with up to 12GB LPDDR5 RAM and 256GB of UFS 3.0 internal storage. We can expect more information to be revealed in upcoming teasers heading towards the launch.