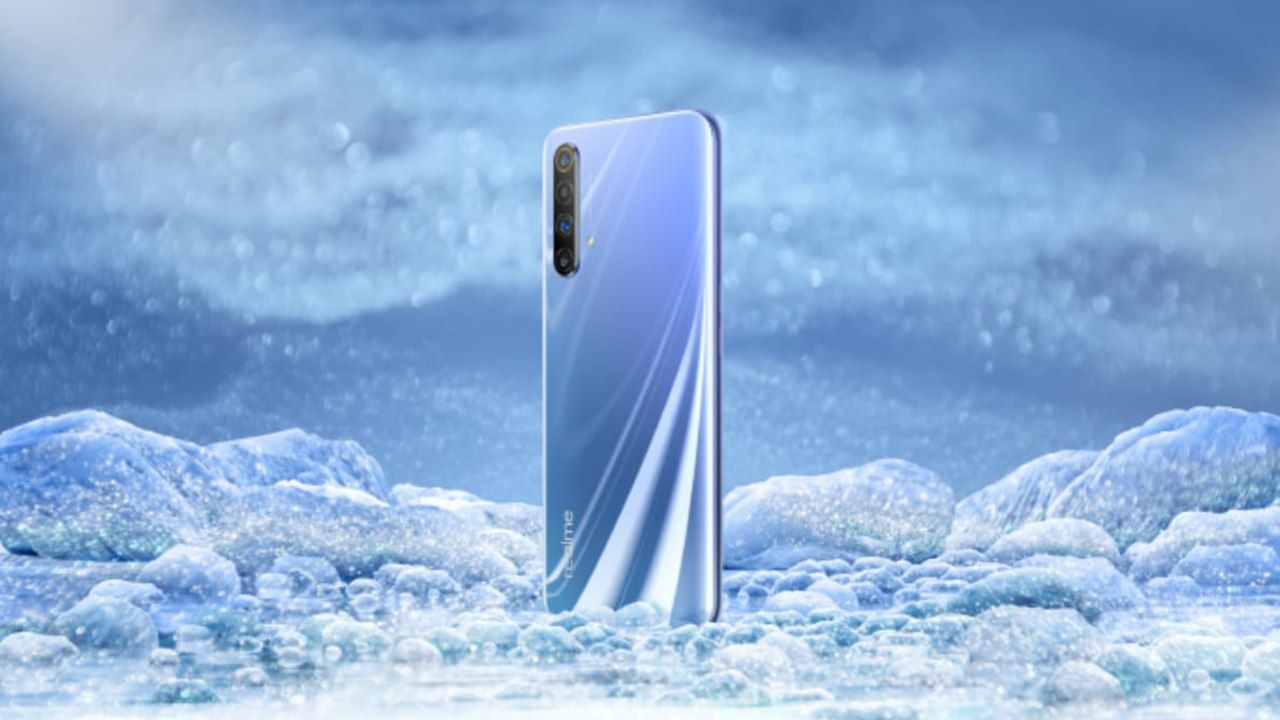 Realme X50 5G is claimed to deliver a two-day battery life on a single charge.

Realme X50 5G is all set to launch on January 7. As we close in on the launch date, the company is revealing more information about its first 5G smartphone in bits and pieces. Realme’s Chief Marketing Officer Xu Qi Chase has revealed a colour option for the phone. Moreover, Realme X50 5G is claimed to deliver a two-day battery life on a single charge. The company has already shared some key specifications of the upcoming 5G smartphone.

The latest development comes from Chase’s Weibo account. He posted an image of the back panel of Realme X50 5G confirming that the new colour option will be called Polar. The Polar While colour sees a White finish with stripes resembling icy landscapes. Moreover, the back panel sports four rear cameras. There is also the Realme branding on the left side of the back panel. A thin frame can also be seen in the image, suggesting that Realme X50 5G will be a slim phone.

Secondly, Realme China’s product manager, Wang Wei Derek, posted a screenshot on Weibo from the Realme X50 5G with the text reading “After one day of use” (translated). The phone can be seen with a 62 percent charge in the screenshot. While we don’t know how the phone was used during the day, the Realme X50 5G is said to come with a two-day battery life.

Realme X50 5G is said to come equipped with a 6.6-inch display with a 90Hz refresh rate. It is confirmed to be powered by the Qualcomm Snapdragon 765G SoC. Further, it is tipped to feature 8GB RAM. The company has also said that all of the components inside the Realme X50 5G will be cooled by a “five-dimensional ice-cooled heat dissipation system.” According to the Realme, this system will cover 100 percent of all the heat-generating components. The cooling solution will also include an 8mm ultra-large liquid-cooled copper tube.

Realme X50 5G will sport a quad rear camera setup including a 60MP Sony IMX686 sensor, an 8MP l wide-angle shooter, and two 2MP shooters (one for macro and one for portraits). The smartphone is likely to have dual selfie shooters. It may include a 32-megapixel main shooter and an 8-megapixel wide-angle shooter.

Moreover, Realme X50 5G is confirmed to support dual-channel Wi-Fi and 5G for online connectivity at the same time. It will come with support for Enhanced VOOC 4.0 Flash Charge technology that is said to charge the device up to 70 percent in just 30 minutes.