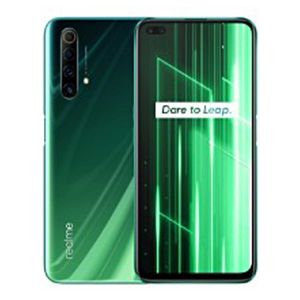 The upcoming phone will come with a punch-hole design according to reports. The phone is rumoured to have a narrow-bezel display with a cut out for dual selfie cameras. It will have a 6.4-inch display.

It is rumoured to include an array of sensors including an accelerometer, ambient light sensor, compass/ magnetometer, gyroscope, proximity sensor, and fingerprint sensor.

Realme will bring the 64-megapixel Sony IMX686 sensor as the main camera. It is also reported to have a dual punch-hole notch on the front that will house two selfie cameras of 32 MP + 8 MP sensors. The phone will have a quad rear camera setup with 60 MP + 8 MP + 2 MP + 2 MP rear camera setup.

The phone will be powered by a Qualcomm Snapdragon 765G chipset which is one of the two new SoC announced by the chipmaker earlier this month that has integrated 5G modems. The phone will run on Android 10.0 out of the box with the company’s proprietary OS on top. It will have 6 GB of RAM and Adreno 620 GPU.

The phone will come with Realme's proprietary 30W VOOC fast charging. The Realme X50 5G has a 4500 mAh battery. It will have 128 GB of internal storage. The phone will reportedly be a dual-SIM smartphone that will accept Nano-SIM and Nano-SIM cards.

The company has revealed that the Realme X50 5G will pack dual-mode 5G and will support 5G frequency bands n1, n41, n78, n79. These bands are used by all the telecom operators offering 5G in China.  The phone will support Bluetooth, USB, GPS, Wi-Fi, 3G, 4G, and 5G.

The phone will be powered by an octa-core QUALCOMM snapdragon 765G processor and will run on Android 10.0 based Color OS out of the box. The Snapdragon 765G is a gaming-focused chipset and comes integrated with Adreno 620 GPU, which delivers graphics performance up to 38-percent over the Snapdragon 730, according to the company.

OnePlus Nord CE 5G has officially launched in India and it is a slightly toned-down version of the original OnePlus Nord. The OnePlus Nord CE is now slimmer, more affordable and brings back the headphone...