The handset comes in an 8GB RAM + 128GB storage model.

There’s also a special Spider-Man case for the handset. 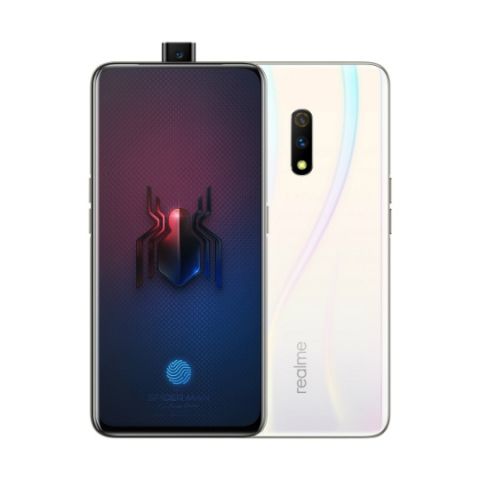 Realme X is the smartphone maker’s new mid-range smartphone that it recently announced in China. While the handset is confirmed to launch in India, the company has yet to provide a concrete date of when it will be announced. Now, Realme has announced a new Realme X Spider-Man: Far From Home special edition of the handset in China, which will go on sale from July 9 in the country. The company has partnered with Sony Pictures to launch the new handset, which comes in a custom gift box, features revamped app icons and a special red case. The company’s India CEO, Madhav Sheth has also reiterated the company’s association with the new Spider-Man movie but there’s no confirmation whether the handset will also be made available in India.

The new Realme X Spider-Man: Far From Home special edition smartphone is almost similar to the standard Realme X, except for new color option. The handset also arrives just in time for the "Spider-Man: Far From Home" movie that is soon releasing worldwide. It is possible that the company might be in plans to announce the Realme X in India as it has already confirmed that the phone will be announced in H2 in the country. Additionally, rumours circulating on the internet did suggest that the Realme X might be announced in mid-July in India with a Spider-Man-themed case. 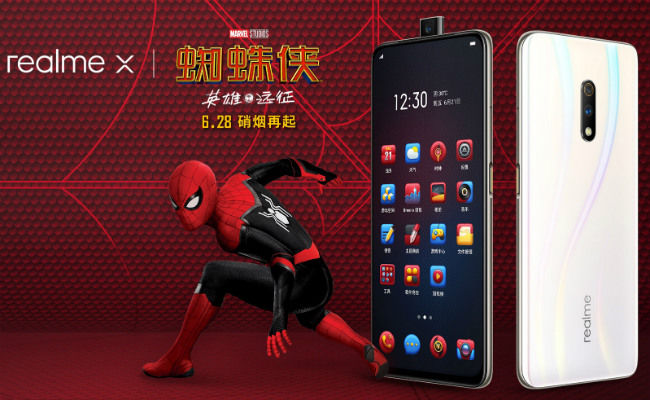 The Realme X features a 6.53-inch full HD+ AMOLED display with a 19.5:9 aspect ratio. It is powered by an octa-core Snapdragon 710 SoC and runs on ColorOS 6.0, which is based on Android 9 Pie. In terms of optics, the Realme X sports dual rear cameras with a 48MP primary sensor (f/1.7 lens) and a 5MP secondary sensor with an f/2.4 lens. There’s also a 16MP sensor on the front which is housed in a pop-up module. The Realme X is backed by a 3765mAh battery that supports VOOC 3.0 fast charging technology.