The Realme V5 confirmed to launch on July 27. The V5 comes with an all new design. Realme V5 has been leaked previously. 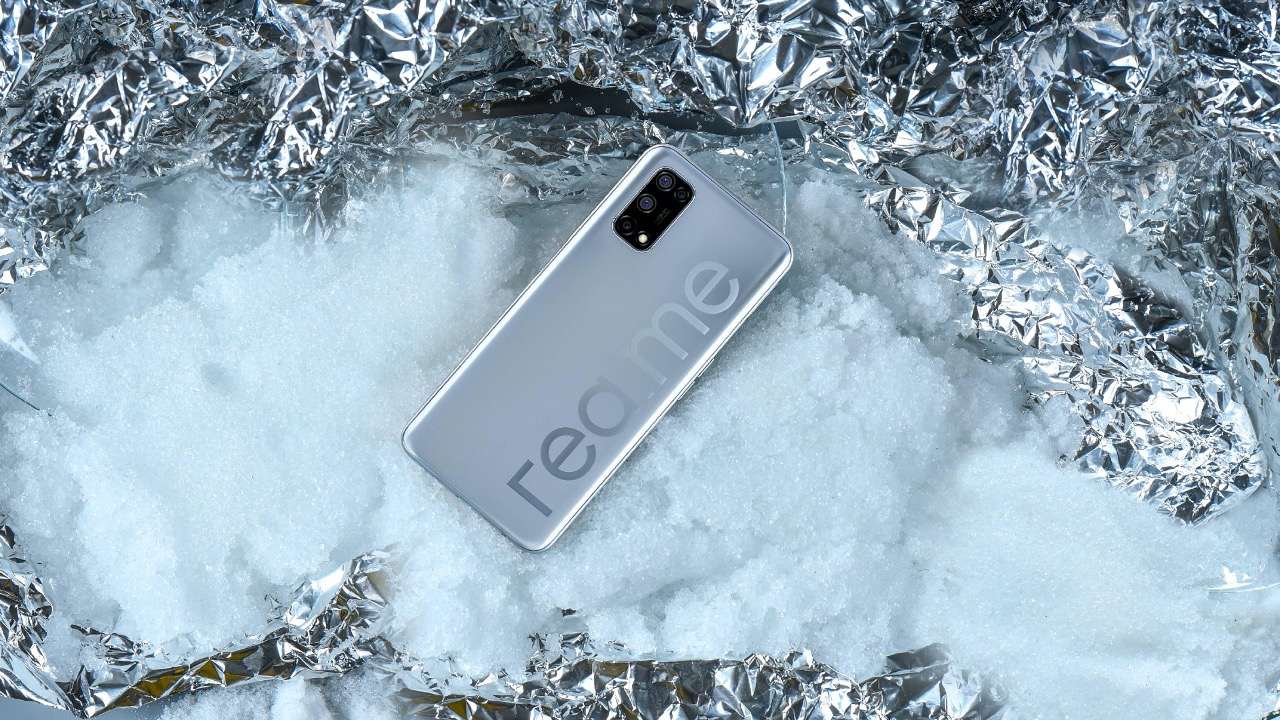 Realme V5 is confirmed to launch on July 27 featuring an all-new design after the company revealed some pictures of the upcoming phone online. The V5 has a revamped design with a big Realme’s logo on the rear panel with a layer of AG matte finish glass. The phone is expected to come with a quad-camera setup on the back with a punch-hole cutout on the front for selfies.

The Realme V5 has also been confirmed to come with a side-mounted fingerprint sensor. Currently, there is no word on the launch of Realme V5 in India but the company has teased that a smartphone with new design could launch soon. The Realme V5 was also spotted on TENAA and its listing gave away some of the key specifications.

The Realme V5 could be powered by the MediaTek Dimensity 800 or Dimensity 720 chipset paired with upto 8GB RAM and 256GB storage. The phone is expected to come with a 48MP primary camera along with an 8MP ultra-wide-angle camera and two 2MP cameras, likely a depth sensor and a macro camera. On the front, there could be a 16MP selfie camera. The fingerprint reader is side-mounted for faster unlock speeds.

The Realme V5 is expected to launch in India as well and we should hear more about the phone On July 27.