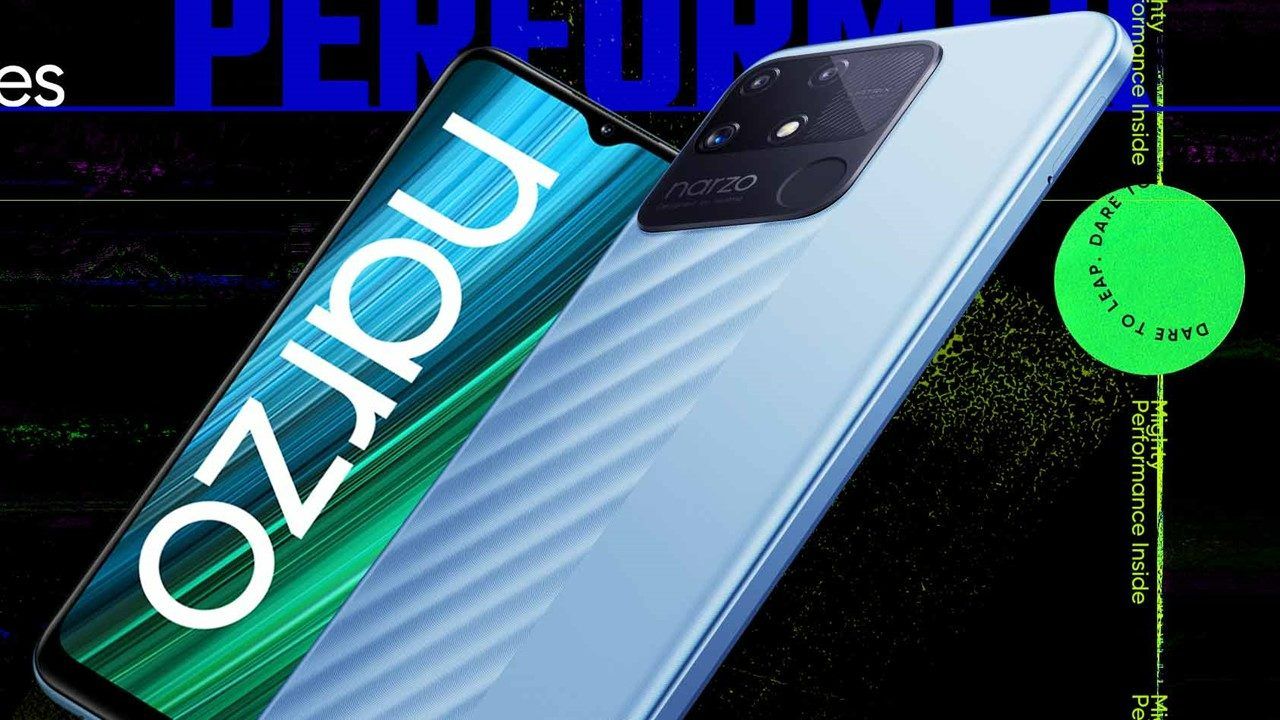 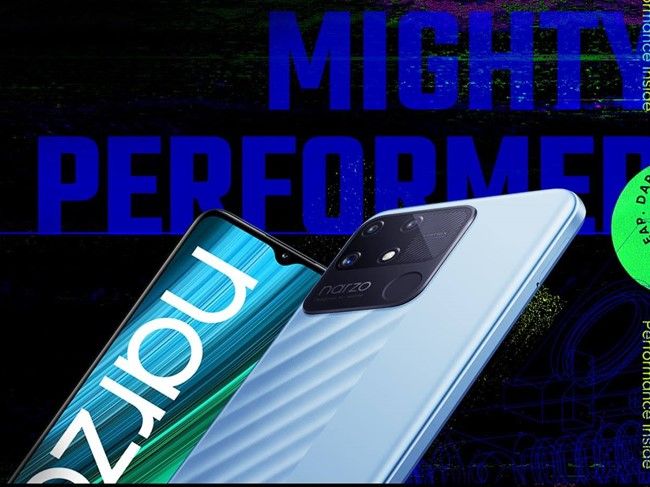 Meanwhile, Realme India CMO, Francis Wong, took to Twitter and revealed that the Narzo 50A uses the MediaTek Helio G85 chip. Realme has also revealed the design of the Narzo 50A and it falls in line with earlier leaked renders. Realme is skipping the Narzo 40 as the number ‘4’ is considered unlucky, and the next phones in the Narzo lineup will fall under the Narzo 50 series.

We choose MediaTek Helio G85 processor with 1GHz GPU & HyperEngine enhancements for all young players with our upcoming #realmeNarzo50A. Being an optimized & reliable processor I'm sure it will offer the young players the best experience. #narzo50series incoming!

Apart from confirming the chipset on the upcoming Narzo 50A, Francis also revealed that it would have a 1GHz GPU with features like HyperEngine and more. The Realme Narzo 50A has also leaked previously and recently also received the ECC certification. 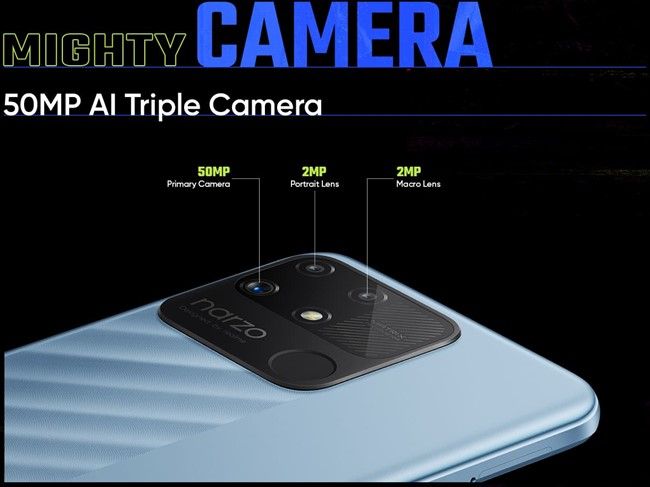 The Narzo 50A has a dual-tone design on the back and a large camera module. Interestingly, the fingerprint reader is housed within the camera module looks like a weird placement, at least from the pictures.

As per the dedicated page on its official website, the Realme Narzo 50A is powered by the Helio G85 SoC and has a large 6,000mAh battery to boot. The phone likely supports 18W fast charging out-of-the-box.

The phone is also expected to have a triple-camera setup on the back headlined by a 50MP primary camera, 2MP portrait camera, and a 2MP macro camera. There’s a dedicated 50MP mode that can output pictures in 8160x6144 pixels resolution and a super nightscape mode as well. The Narzo 50A is expected to feature a 6.5-inch HD+ display and will have an 8MP front-facing camera.

More details about the Realme Narzo 50 series will be revealed as we near the launch date which is on September 24.