The Realme 3 Pro, which is claimed to be the fastest mid-range phone under Rs 15,000, is expected to give Xiaomi’s Redmi Note 7 Pro tough competition. 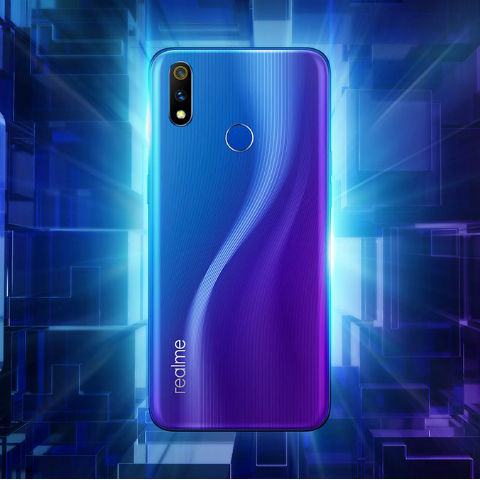 After a string of teasers, Realme has finally unveiled the Realme 3 Pro smartphone at a starting price of Rs 13,999. The phone is a direct competitor to Xiaomi’s Redmi Note 7 Pro in the sub-15,000 segment. It has been marketed as a device that ‘Awakens Speed’ and is powered by the Qualcomm Snapdragon 710 mobile platform. The company says that the Realme 3 Pro is a "Flagship for Youth," keeping in mind college-goers who seek spec-laden phone at affordable price. Realme also launched the entry-level Realme C2 smartphone today, which is a successor to the Realme C1 that was launched last year.

The Realme 3 Pro features a Gorilla Glass 5-protected 6.3-inch Full HD+ display with a dewdrop notch and a chin. The design gives the phone a screen-to-body ratio of 90.8 percent. As mentioned, the phone is powered by Qualcomm Snapdragon 710 processor paired with up to 6GB of RAM and up to 128GB of onboard storage. The phone comes with Hyper Boost 2.0, a software feature to enhance speed and gaming expereince. Realme says that the Hyber Boost 2.0 can fine-tune the gaming performance in real time to improve the response rate. the comapny claims that the Touch Operation Response in gaming movements increases by 16.2 percent and Frame stability of gaming improves by 38 percent with Hyper Boost 2.0. (You can read out performance comparison here)

In the camera department, the phone comes with a rear dual camera setup incorporating 16MP and 5MP sensors. The 16MP Sony IMX519 sensor has a lens with f/1.7 aperture and a pixel pitch of 1.22um; the 5MP sensor has a lens with f/2.4 aperture. The phone's camera is capable of shooting in 4K and take super slow-mo (960 fps) videos. On the front, it has a 25MP selfie shooter with f2.0 aperture, AI beautification modes and face unlock.

Realme 3 Pro comes with three special modes to improve photography. First is the Ultra HD Mode in which the rear camera is claimed to intelligently merge eight shots into one to create 64MP ultra high definition photos. The second one is Super Nightscape to take blur-free handheld shots in low-light. Realme says that when shot with this mode, the images come out to be bright with less noise and has more details in shadows and highlights. The third is Chroma Boost that is claime to improve the dynamic range in a photo. (Read our camera comparison here) 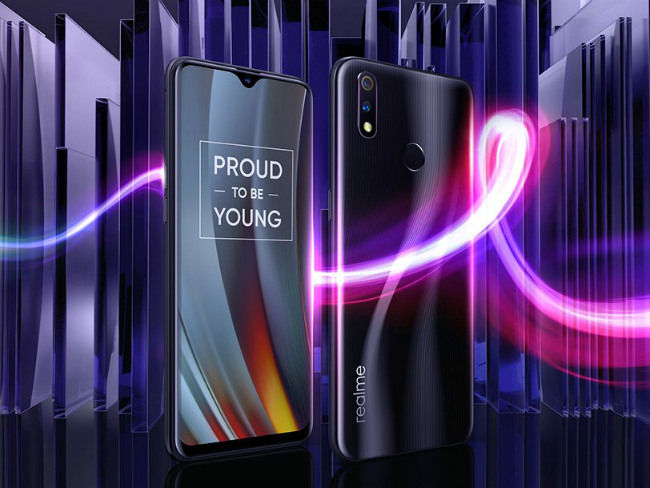 The Realme 3 Pro sports a fingerprint scanner on the back, power button on the right edge and the volume rocker on the left. The phone ships with a 3.5mm jack, a USB 2.0 charging port and a speaker grille on the bottom. Realme says that the speakers are 2X louder as they ship with a smart power amplifier. It runs on ColorOS 6 baked on top of Android 9 Pie, and has 4045mAh battery with VOOC 3.0 fast-charging support. Realme claims that the battery juices up 50 percent in 30 minutes, and the phone delivers up to 383 hours of standby time on a full charge.

The phone will be available in Nitro Blue, Lighting Purple colours and Carbon Grey colours. The 4GB RAM + 64GB storage variant of the Realme 3 Pro is priced at Rs 13,999, and the 6GB RAM + 128GB onboard storage version will cost Rs 16,999. Both variants of the Realme 3 Pro will be available starting 12 noon on April 29 through Flipkart and Realme's online store. The phones can be purchased with No cost EMI of up to 6 months. HDFC Bank Debit and Credit Card owners can avail Rs 1,000 off on the purchase of the phones. For Jio customers, the company is offering benefits worth Rs 5,300. 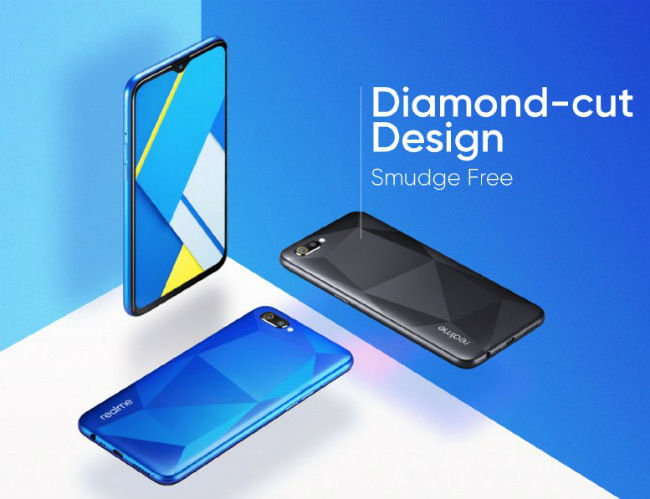 The comapny also launched the Realme C2 powered by an Octa-core Helio P22 chipset. The Realme C2 features up to 3GB RAM and 32GB onboard storage. The phone sports a 6.1-inch HD+ display with a dewdrop notch, and a rear dual camera setup with 13MP + 2MP sensors. Realme says that the rear camera can shoot slo-mo videos in 80fps/480p quality. On the front, the Realme C2 has a 5MP AI selfie shooter with AI Facial Unlock. It runs ColorOS 6.0 atop Android Pie 9.0. The first sale will be on May 15 at noon and customers can buy the 2GB RAM + 16GB variant for Rs 5,999 or the 3GB RAM + 32GB storage variant for Rs 7,999 on Flipkart and Realme's online shop in Diamond Blue and Diaimond Black colours.

Jio users can reap benfits of up to Rs 5,300 on the purchase of the Realme C2.