Realme C3 with Helio G70 chipset, 5000mAh battery and more to be launched in India on February 6 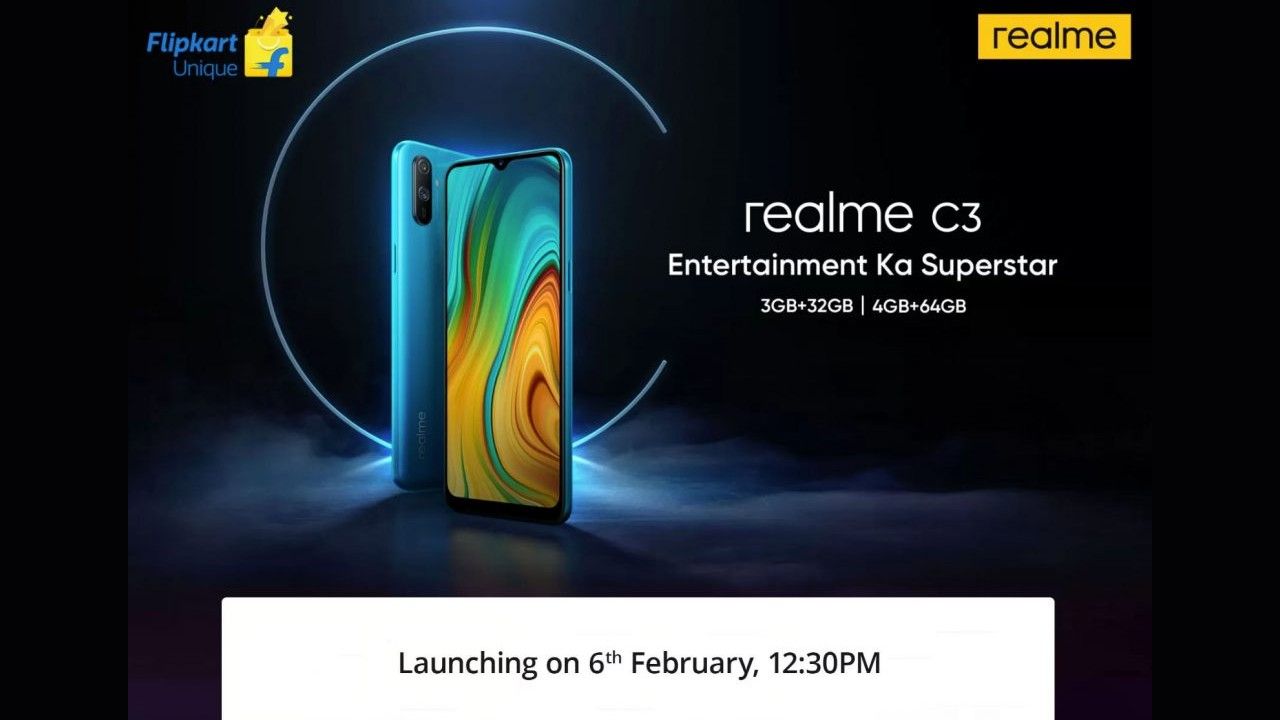 It will sport a 12MP + 2MP dual rear camera setup.

The Realme C3 is all set to be introduced in India on February 6. The company sent out media invites for the launch event recently. Now, Realme C3’s teaser page is live on Flipkart and reveals a bunch of information. The smartphone will feature dual rear cameras arranged vertically, a dewdrop notch display and more. Flipkart has also revealed the storage options in which the device will be made available.

According to the dedicated Flipkart page, Realme C3 will launch on February 6 at 12.30 PM in India. It also reveals the design of the Realme C3 from the front and back. It sports a waterdrop-style notch up front and a slight chin at the bottom. The power button is situated on the right edge of the screen. However, no physical fingerprint scanner can be seen on the device. To recall, Realme C2 didn’t have one.

Realme C3 is listed to feature a 6.5-inch display with Corning Gorilla Glass protection and 89.8 percent screen-to-body ratio. It says the device will be made available in two configurations - 3GB + 32GB and 4GB + 64GB. The phone will pack a 5000mAh battery that is said to offer 20.8 hours of YouTube streaming, 43.9 hours of talk time (almost two days), and 10.6 hours of PUBG gaming.

The cameras of Realme C3 are touted to come with features like Chroma Boost, slow motion video, HDR mode, and Panorama selfie. It will feature a 12MP main camera and secondary camera is expected to be of 2MP. The device is also expected to feature a 3.5mm audio jack.