It will now also be available in 6GB RAM + 64GB variant from Flipkart and Realme online store. 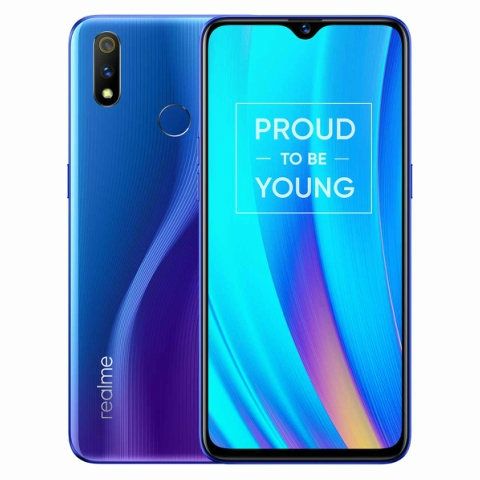 Realme recently launched its Redmi Note 7 Pro competitor, the Realme 3 Pro. The smartphone was announced in 4GB RAM + 64GB storage and 6GB RAM + 128GB storage versions, and now, the company has introduced a new 6GB RAM + 64GB version of the phone. This new version of the phone is priced at Rs 15,999 and will be up for sale at 12 PM on April 29. The handset can be purchased from Flipkart and the Realme website. While the memory has increased on the device with 6GB RAM version, its storage of 64GB storage remains the same as the 4GB RAM variant. Additionally, the phone’s internal hardware hasn't changed either.

The Realme 3 Pro comes equipped with a Gorilla Glass 5-protected 6.3-inch Full HD+ display that has a dewdrop notch. The phone is said to feature a 90.8 percent screen-to-body ratio. It runs on the Snapdragon 710 SoC and currently comes with up to 6GB RAM and up to 128GB of internal storage. Backed by a 4045mAh battery, it supports VOOC 3.0 fast-charging and runs on ColorOS 6.0 based on Android 9 Pie. There’s also Hyper Boost 2.0, a software that is said to enhance speed and gaming experience.

There are also some launch offers on the Realme 3 Pro like Rs 1,000 off for HDFC Bank Debit and Credit Card customers, and a No cost EMI of up to 6 months. Jio users can avail benefits worth Rs 5,300 with the device. The Realme 3 Pro comes in Nitro Blue, Lighting Purple colours and Carbon Grey colours, and as mentioned, can be purchased via Flipkart and Realme's online store.

The new 6GB RAM version of the phone comes soon after a report suggested that Realme might launch an 8GB RAM variant of the phone as well. This version might be announced in India by July and could be priced around Rs 18,000. The device is speculated to come equipped with 128GB of internal storage and is most likely to be priced higher than the 6GB version of the phone, which costs Rs 16,999.