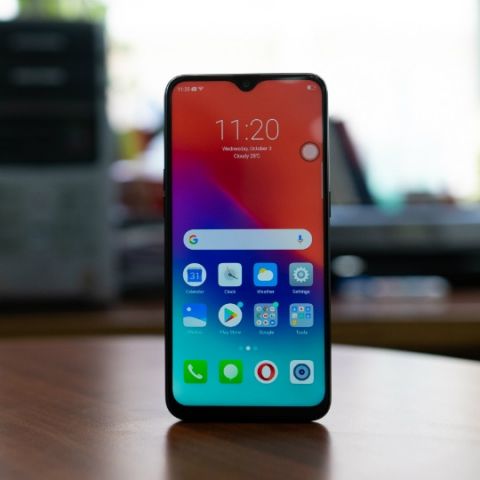 It seems that Realme is going to deliver on its promise of Android 9 Pie for the Realme 2 Pro smartphone (review here). In December, the company announced that it would roll out the latest Android OS to its phones in 2019, and now the device has been spotted listed on benchmarking platform Geekbench running the Android 9 Pie. This suggests that the company could soon seed an official OTA update for the phone.

The listing shows the model number ‘RMX1801’ (which is the model number of the Realme 2 Pro) scoring 1453 points in single-core tests and 5438 points multi-core tests. The phone has the Qualcomm Snapdragon 660 mobile platform and the model that is being benchmarked is the 4GB variant. The update is expected to bring slow-motion video recording to the phone. 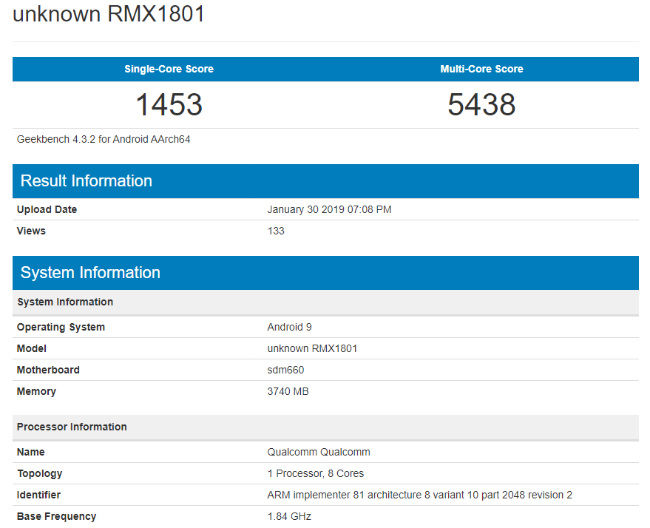 Last month, the company rolled out the Realme 2 Pro ColorOS 5.2 update that brought new features for the phone’s battery, system, camera and UI. A new Screen Battery Optimization mode was made available which “dynamically adjusts the screen contrast and brightness for a balanced image quality with lower power consumption - except in Camera and Gallery apps. Balance Mode increases overall battery endurance by approx. 5%, and Strong Mode increases it by approx. 10%. Due to different usage conditions, actual results may vary.”

The Realme 2 Pro is powered by the top-of-the-line mid-range CPU, the Qualcomm Snapdragon 660. The phone was launched in three variants: 4GB+64GB, 6GB+64GB and 8GB+128GB. There is a 16MP+2MP dual camera setup at the back along with a 16MP front shooter. The phone has a laminated glass design with a 6.3-inch Full HD+ display with a waterdrop notch. The phone draws power from a 3,500mAh battery. There is a rear-mounted fingerprint sensor along with face unlock. The 4GB+64GB variant is priced at Rs 13,990. The 6GB+64GB variant will cost users Rs 15,990 and the 8GB+128GB variant is available for Rs 17,990.