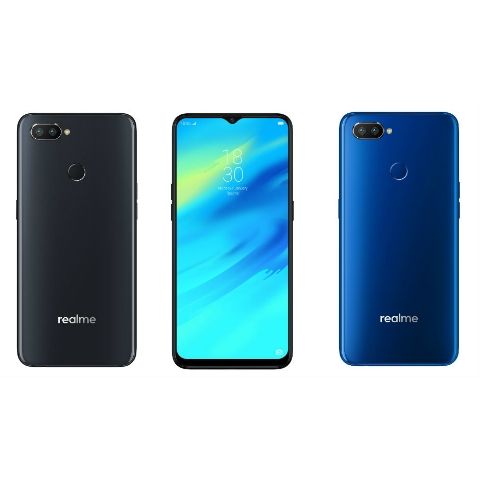 HyperBoost 2.0 software will also be rolled out for Realme 1, Realme U1 and Realme 2 Pro phones with the ColorOS 6.0 update.

Realme recently launched two new phones in India, the Realme 3 Pro and the Realme C2, which run on ColourOS 6 on top of Android 9 Pie. Now, the company’s CEO Madhav Sheth has confirmed when the Android Pie update will be made available for other Realme phones. As per the company executive, the beta version of ColorOS 6 with Android Pie will be rolled out to Realme 2 Pro users on May 15 and it will also enable HAL3 camera support on the handset. Additionally, the Realme 1 and Realme U1 will receive the Android Pie update on June 5, while the Realme 2 and Realme C1 are slated to receive the update on June 15.

Sheth says that after the beta version of ColourOS 6 is rolled out, it will take around 20 days to make the final stable version available. This will be a staggered rollout so, not all users will receive the update instantaneously. In addition to revealing the Android Pie update schedule for the aforementioned phones, Sheth separately confirmed that the Realme 1, Realme U1, and the Realme 2 Pro smartphones will be receiving HyperBoost 2.0 software update with ColorOS 6.0. The Realme 2 and Realme C1 are still being considered for the update.

HyperBoost 2.0 is a software, which was announced with the Realme 3 Pro smartphone. The company claims it can enhance the device’s speed and gaming performance by fine-tuning it in real-time, thereby improving the response rate. When HyperBoost 2.0 is turned on, touch response of the Realme 3 Pro is said to increase by 16.2 percent, while thanks to a new feature called FrameBoost, the device’s frame rate stability is touted to improve by 38 percent.

The Realme 3 Pro was also made available for purchase today for the first time. The smartphone runs on the Snapdragon 710 SoC and comes with up to 6GB RAM and up to 128GB of internal storage. It sports a d 6.3-inch Full HD+ display with a waterdrop notch screen and is backed by a 4045mAh battery. On the camera front, the phone is equipped with a 16MP + 5MP dual camera setup, where the 16MP Sony IMX519 sensor is paired with an f/1.7 aperture, while the 5MP sensor has an f/2.4 aperture lens. It sports a 25MP sensor on the front, coupled with an f2.0 aperture lens.