The Razer Phone is equipped with 8GB of RAM and is powered by the Snapdragon 835 Platform. It is priced at $700 and will currently be available in US and Europe. 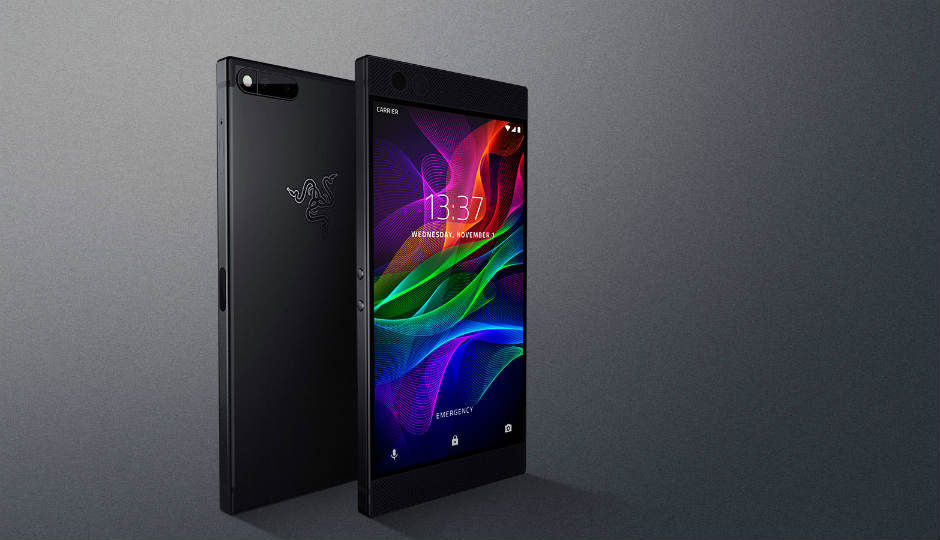 Razer, the well-renowned gaming accessories manufacturer has launched its first smartphone, the Razer Phone. The company says that it’s not a gaming smartphone, rather it's a smartphone for gamers and boasts of top of the line specifications. It is priced at $699 (Rs 45,200 approx, directly converted), and will be available for pre-order starting November 3 in the US and Europe. It will start shipping in the aforementioned regions from November 17 and it's not known yet whether the device will be launched in India.

The Razer Phone sports a 120Hz 5.72-inch Quad HD IGZO LCD display which comes with the company’s own UltraMotion adaptive refresh technology. The UltraMotion display synchronizes the GPU and display to avoid image tearing or lag. The smartphone is powered by Qualcomm’s Snapdragon 835 SoC and comes with 8GB of RAM. It sports 64GB of internal storage, which can be further expanded up to 2TB via a microSD card.

In the camera department, the Razer Phone features a 12MP+13MP dual rear camera setup with one wide angle lens with f/1.8 aperture and other is a telephoto f/2.6 shooter. It comes with an 8MP front-facing camera with f/2.0 aperture. The smartphone is backed by a 4000mAh battery which comes with Qualcomm Quick Charge 4+ and runs on a near-stock Android 7.0 Nougat. The company has promised an Oreo update for the device next year.

Apart from the 120Hz IGZO QHD display, the Razer Phone sports front-firing speakers with Dolby Atmos technology and dedicated amplifiers. The smartphone misses out on a 3.5mm headphone jack but the company provides a THX-certified USB-C audio adapter with a 24-bit digital audio converter (DAC) with it. For gamers who want to tinker with the device, the Razer Phone comes with the Razer Game Booster app and the company claims that its “best-in-class thermal design” minimises throttling to boost power and performance.

Razer has also partnered up with gaming companies such as Tencent and Square Enix to bring optimised games which can fully utilise the Razer Phone’s capabilities, especially its 120Hz refresh rate. Besides Razer Phone, only the new Apple iPad Pro sports a 120Hz refresh rate display, which Apple likes to call “ProMotion”.