7nm based Qualcomm Snapdragon 855 could be made by Samsung 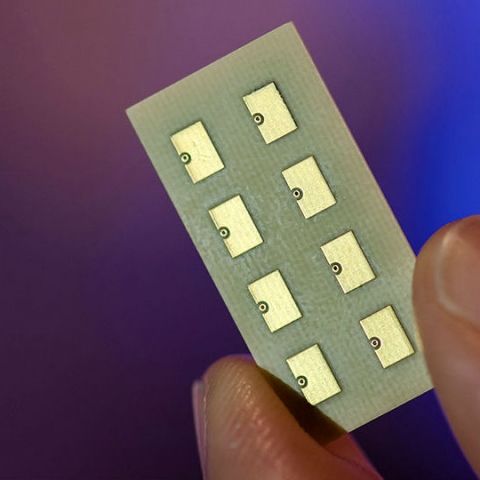 It has been an exciting year for smartphone processors, and while we still have to get the full portfolio of Snapdragon 845 devices, confirmed details about the Qualcomm Snapdragon 855 have already started surfacing. The next generation of Qualcomm's mobile flagship processor will be based on the 7nm process and will offer a host of improvements for smartphone users, but more than that, it marks a major technological breakthrough. According to a report by Seol Economy, Samsung has completed the work on its 7nm fabrication process a whole six months ahead of schedule and the team has moved on to working on the 5nm fabrication process. The report further says that Samsung has already acquired Qualcomm as a client for their 5nm chips.

However, it is important to note that the 7nm manufacturing process being employed by TSMC and Samsung are very different. TSMC’s 7nm chips will be made using the existing DUV (Deep Ultraviolet) lithography process, which is the same process used to make 14nm and 10nm chips. Samsung’s 7nm process is achieved by the use of a new process called Extreme Ultraviolet (EUV) lithography, which is a far more efficient way of making smaller chips as it reduces the number of steps involved significantly. While the two processes have no immediate advantage or disadvantage for end-user, the EUV method eliminated a large number of steps from the manufacturing process, which could lead to reduced manufacturing costs.

Samsung notes that its 7nm process can produce dies about 40% smaller than its 10nm FinFET process, achieving either a 10% performance boost or up to 35% more power efficiency at the same level of performance. With the right kind of tuning, users could expect improvement in both performance and battery life. The smaller processor also means that smartphone manufacturers have the ability to make devices with either similar dimensions or larger batteries without compromising on power or battery life.

The 7nm process is a major breakthrough in semiconductor manufacturing. As processors have continued to become smaller and smaller, the 10nm die size is when manufacturers had started to hit the limits of Moore’s Law. Making chips smaller required a huge overhaul of how patterns are etched onto the silicon wafer. GlobalFoundaries, TSMC, Samsung and even Intel have been working on perfecting the Extreme Ultraviolent (EUV) Lithography process, which comes with its own set of engineering challenges. However, GlobalFoundaries, TSMC and now Samsung seem to have figured out how to make the process work and TSMC and Samsung are both production ready.

Qualcomm Snapdragon 855 chips won't make their debut before 2019 but will be based on the 7nm process. While TSMC was supposed to make the Snapdragon 855 for Qualcomm, with Samsung’s technology also ready, it remains to be seen just how much a part the Korean company will play in Qualcomm’s next set of chips, given their long-standing relationship. As of May 5th, Samsung has begun preparations for the production of the 7nm foundry at a facility which is designated to be dedicated to the EUV-based manufacturing process.