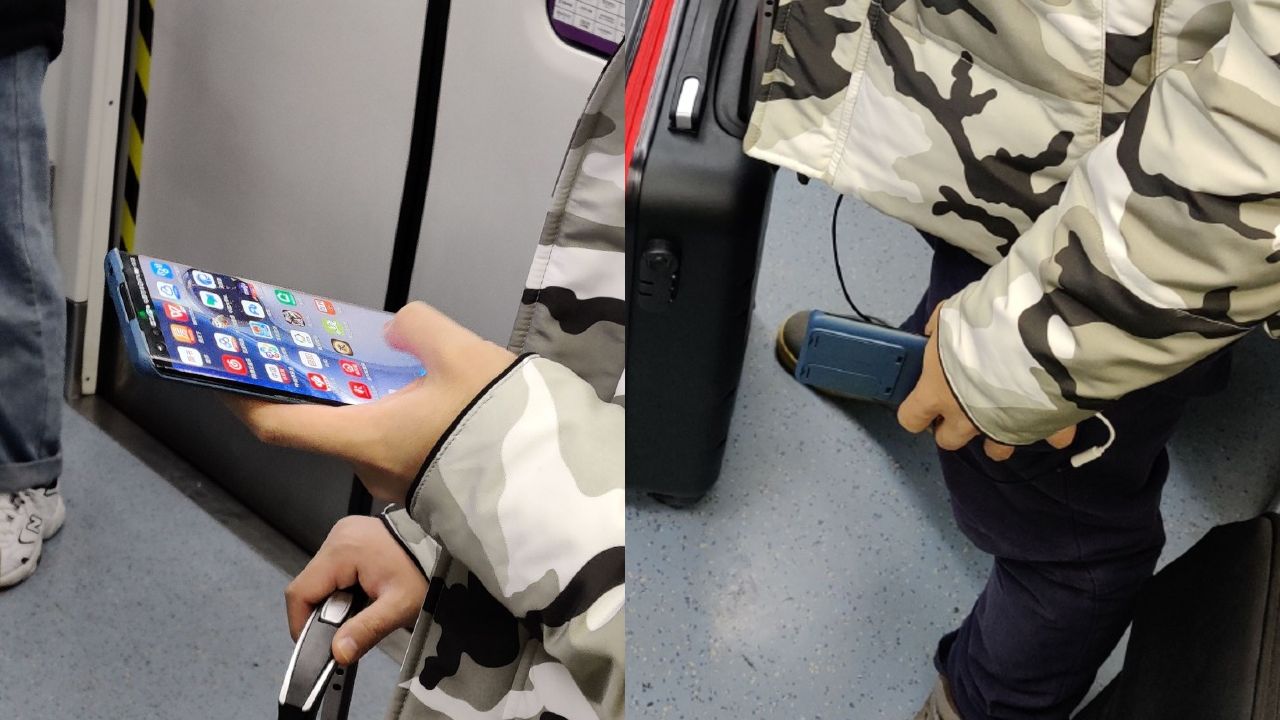 Huawei P40 Pro is tipped to come equipped with a 6.7-inch AMOLED display.

Huawei P40 Pro is likely to be powered by the Kirin 990 5G chipset.

Alleged live images of Huawei P40 Pro have surfaced online. The photos of the phone appear to be shot in a subway, presumably in the hands of one of the employees who is testing it.  The images show Huawei P40 Pro’s display that is seen to sport a dual hole-punch display with the cutouts placed on the upper left corner of the screen. The P40 Pro is expected to launch alongside a regular P40 and a P40 Pro Premium Edition. It is tipped to pack a quad rear camera setup.

The latest development comes from Digital Chat Station on Weibo who leaked the photos but removed them soon after. However, the images were reshared by another user on Weibo. The alleged live images of Huawei P40 Pro showcase phone's curved edged display and dual selfie camera cutouts. While the top portion is concealed by a case, it is rumoured to have curve edges. Further, the rear of the purported Huawei P40 Pro is sealed by the case.

Huawei is said to use ceramic in the build of P40 Pro. Huawei P40 Pro will reportedly come with a 52MP image sensor (1/1.33”). Another leak suggests that this sensor will be a custom design by Sony and will feature “16-in-1” technology. The company is rumoured to put the “Quad Quad Bayer” sensor and it will do 4-in-1 conversions to reach the 16-in-1 stage.  Huawei P40 Pro is tipped to come with a 10x optical zoom camera. For this, the company is said to use a dual prism design (current periscope cams have only one prism).

Huawei P40 Pro is tipped to come equipped with a 6.7-inch AMOLED display. It could be powered by the Kirin 990 5G chipset. The smartphone may offer a 12GB RAM variant as well. Huawei is expected to launch the P40 series in March.