This means that Pixel 2 and Pixel 2 XL owners will be able to take multiple pictures in sequence as HDR+ is intelligently processed in the background. Google’s Pixel Visual Core Chip also expands the reach of the device's HDR+ abilities to work with third-party apps.

“To expand the reach of HDR+, handle the most challenging imaging and ML applications, and deliver lower-latency and even more power-efficient HDR+ processing, we’ve created Pixel Visual Core,” Google writes in a blogpost. 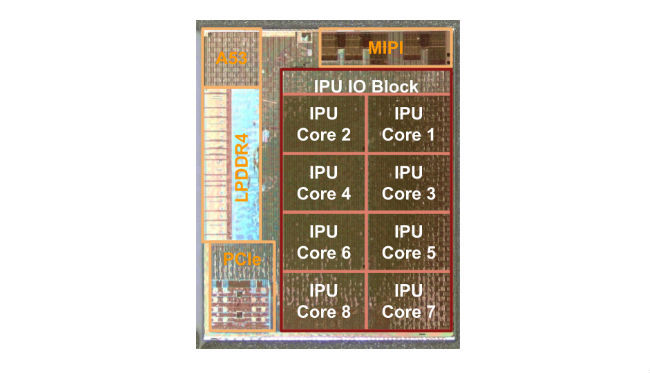 The Google-designed Image Processing Unit is a fully programmable, domain-specific processor with eight custom cores, each with 512 arithmetic logic units (ALUs). It delivers raw performance of more than 3 trillion operations per second on a mobile power budget.

While the Pixel 2 and Pixel 2 XL already house the custom image processor, it has not yet been activated on both devices. “In the coming months, we’ll turn it on through a software update to enable more applications to use Pixel 2’s camera for taking HDR+ quality pictures,” Google writes. The company will enable the Pixel Visual Core Processor in coming weeks with the  developer preview of Android Oreo 8.1 and will later enable it for all third-party apps using the Android Camera API.

The Google Pixel 2’s camera is now powered by a new 12.2-megapixel image sensor. The sensor is now a Dual Pixel unit, which means that every pixel in the sensor is subdivided into two smaller pixels, and each of these sub-pixels add to the phase detection autofocus performance of the camera. You can read more about the Google Pixel 2 camera here. The Pixel 2 and Pixel 2 XL will be up for pre-order in India on Flipkart starting October 25.