Oppo Reno4 Pro is set to launch in India on July 31 but official renders have seemingly leaked on the Internet. The Reno4 Pro Indian variant is different from its Chinese variant 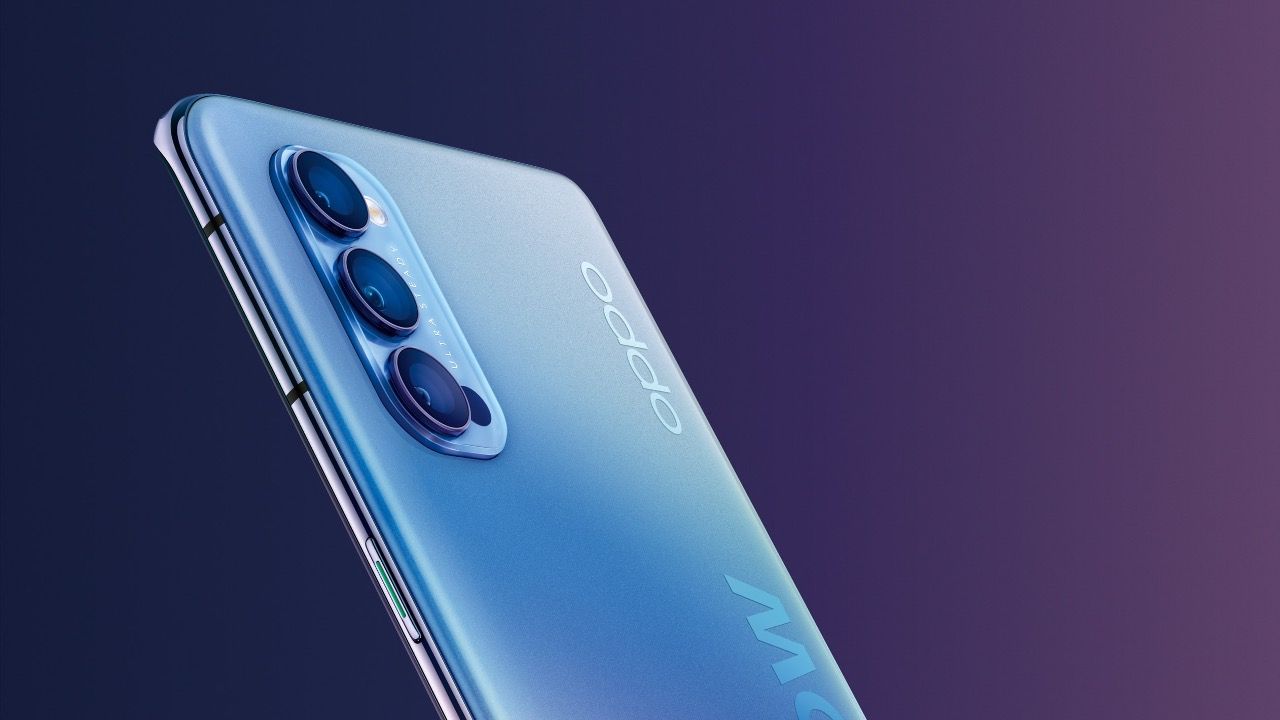 Oppo Reno4 Pro is set to launch in India on July 31 but official renders have seemingly leaked on the Internet, giving us a look at the upcoming smartphone. Oppo Reno4 series debuted in China last month in June but the Indian variant is expected to be a bit different.

As per the leaked pictures obtained by PlayfulDroid, the Oppo Reno4 Pro could come with a quad-camera setup on the back as opposed to the triple-camera setup of the Chinese variants. The pictures showcase the Reno4 Pro in black and white colours with a punch-hole display cutout in the top-left corner. The fourth camera on the Reno4 Pro could be a dedicated macro lens but currently, there is no official word on it.

There are rumours that the global variant of the Reno4 Pro could be powered by the Snapdragon 720G instead of the 765G. The phone is expected to pack in the same 6.55-inch AMOLED screen with a 90Hz refresh rate as the Chinese variant and comes equipped with a 4,000mAh battery that supports 65W fast charging. Here’s a brief look at the specifications of the Reno4 that was introduced in China.

Oppo Reno4 Pro features a 6.55-inch Full HD+ (2400 x 1080 pixels) resolution AMOLED screen with punch-hole cutout on the top-left corner that gives it a 20:9 aspect ratio. The display supports a 90Hz high refresh rate and is certified for HDR10+ playback. The screen is further topped by a layer of Gorilla Glass 6 for added protection against daily wear and tear.

It is powered by Qualcomm Snapdragon 765G with an octa-core CPU and Adreno 620 GPU. It is paired with upto 12GB RAM and 256GB storage.

The Reno 4 Pro has three cameras on the back which consists of a primary 48MP with f/1.7 aperture, a 13MP telephoto lens with 2x optical zoom and a 12MP ultra-wide-angle camera with 120-degree field-of-view. The rear cameras are capable of shooting in 4K at 30fps with support for optical image stabilization. On the front, housed within the punch-hole cutout is a 32MP selfie camera.

It is equipped with a 4,000mAh battery with support for 65W fast charging via SuperVOOC 2.0 fast-charging adapter that Oppo claims can go from 0-100% in 36 minutes.