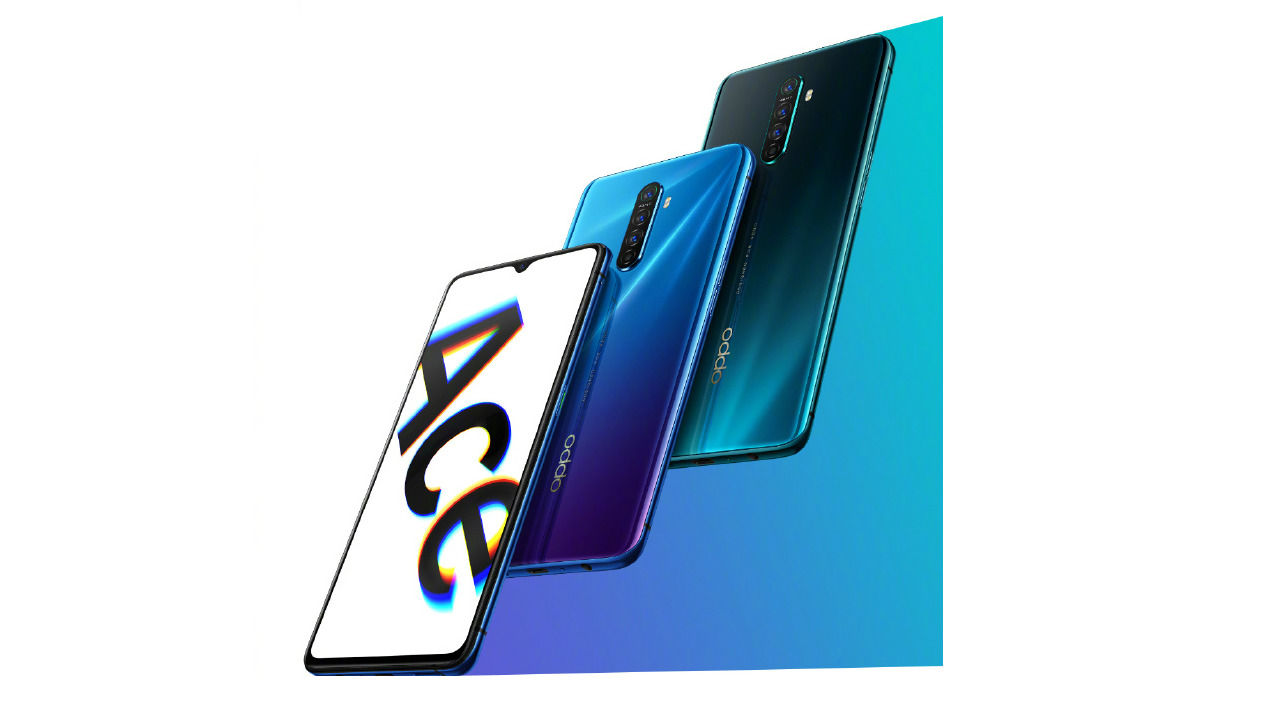 Oppo Reno Ace will be running on the Snapdragon 855+ SoC.

A promotional poster also reveals the handset’s design and features.

The handset will sport a quad rear camera setup and come with a 90Hz display.

It seems like Oppo is on a smartphone launching spree. It recently launched its Reno2 series of phones in India and later introduced them in China and is now gearing up to launch the Reno Ace in China. We already know a lot about the handset since Oppo, like most phone companies, keeps revealing its upcoming launches in bits and pieces. Now, the company has posted a promo image of the handset on Weibo, which confirms a few more of its features. It is now confirmed that the Oppo Reno Ace will be powered by the Qualcomm Snapdragon 855+ processor. In addition, the poster reveals the design of the handset.

As evident from the promo poster, the Oppo Reno Ace will feature a dewdrop notch display design. It comes with a display panel has a 90Hz refresh rate and it gets a 64MP sensor on the back, which will be supplemented by three other cameras. The poster also reveals a vertically stacked quad-camera setup on the back but there’s no official info on the other three sensors. On the front, the handset comes with a 16MP camera that is housed in the dewdrop notch. The poster also reiterates that the device will support 65W SuperVOOC 2.0 fast charging technology. 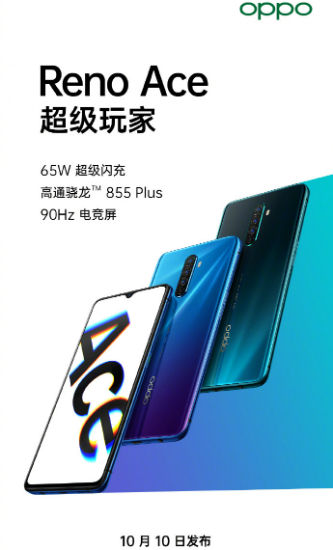 While there’s no additional information about the upcoming handset, it was recently spotted on TENAA. The listing suggests that the device is equipped with a 6.5-inch AMOLED display that supports 2400 x 1080p resolution and might be announced with 12GB RAM and 256GB of internal storage. In the rear-camera department, the Oppo Reno Ace might feature a 13MP sensor with periscope zoom lens, an 8MP ultra-wide angle camera, and a 2MP sensor, alongside the 48MP main sensor. It is most likely to feature an in-display fingerprint sensor and is expected to launch running on Android 9 Pie. The handset will go official on October 10 in China.