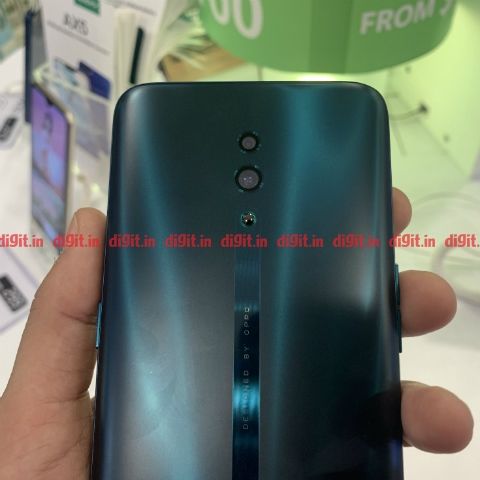 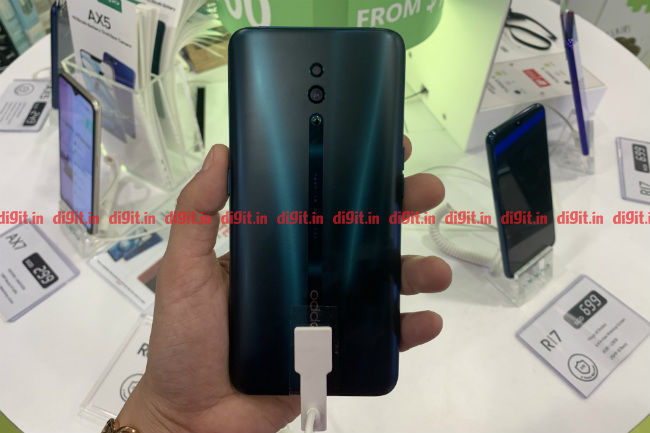 The Oppo Reno 10x zoom features a 6.65-inch Full HD+ AMOLED display and has a 91.3 percent screen-to-body ratio. It runs on the Qualcomm Snapdragon 855 mobile platform, coupled with up to 8GB RAM and 256GB of local storage. The phone runs Android 9 Pie-based ColorOS 6 and is backed by a 4,065mAh battery that supports VOOC 3.0 fast charging support. The handset comes with Game Boost 2.0 acceleration engine and Dolby Atmos support. The phone is equipped with an in-display fingerprint sensor.

The imaging responsibilities on the Oppo Reno 10x zoom are handled by a triple camera setup on the back, which consists of a 48MP Sony IMX586 sensor with f/1.7 aperture, a secondary 13MP camera with an f/3.0 aperture and a third 8MP camera with an f/2.2 aperture. The phone features 10x Hybrid Zoom.  On the front is a pop-up module that is designed like a shark fin. There's a 16MP sensor on the front that gets an f/2.0 aperture lens and LED flash. 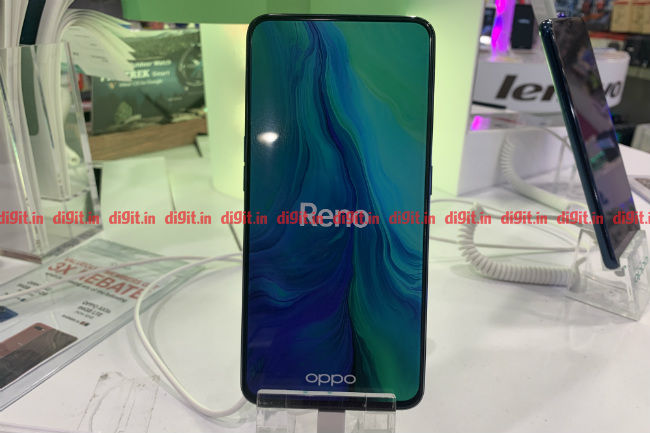 Meanwhile, the standard Oppo Reno smartphone sports a slightly smaller 6.4-inch full HD+ display with a 19.5:9 aspect ratio. It is powered by the Qualcomm Snapdragon 710 SoC, along with up to 8GB RAM and up to 256GB of storage. The phone comes equipped 48MP and a 5MP sensors on the back, and a 16MP pop-up camera on the front. It also runs ColorOS 6 based on Android 9 Pie, and ships with Game Boost 2.0, and Dolby Atmos support. The handset is backed by a 3,765mAh battery with VOOC 3.0 fast charging.