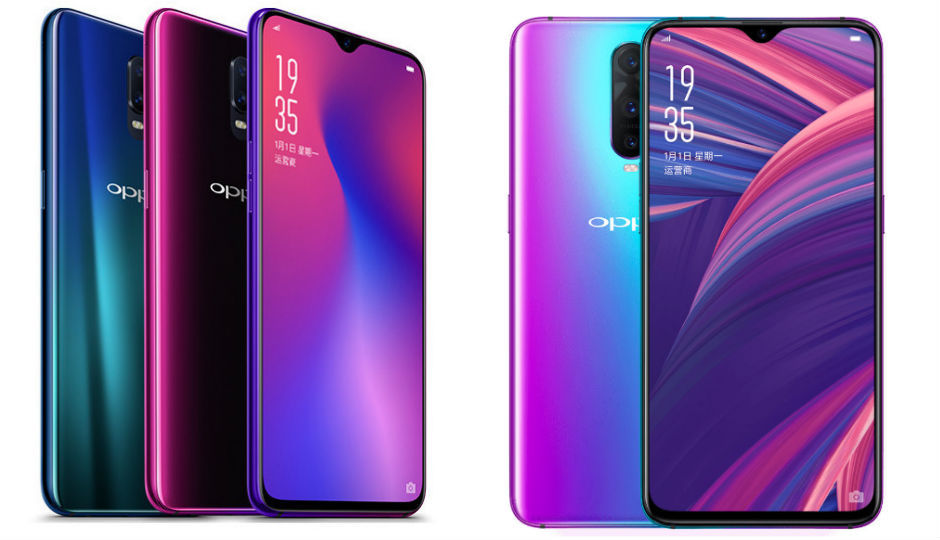 Oppo has been teasing the R17 and R17 Pro smartphones for a while now and has now launched both the smartphones in China. The difference between the smartphones is the processor and rear camera setup. The Oppo R17 is priced starting from 3199 yuan (approx Rs 32,600), and is now already available for pre-order from the official Oppo website, jd.com, Lynx and Suning. It will go on sale in China from August 30. The better variant, the Oppo R17 Pro is priced at 4,299 yuan (approx Rs 43,830) and will be available from mid-October in China.

Oppo R17 Pro specifications: The Oppo R17 Pro has a new fog gradient at the back and sports a 6.4-inch Full HD+ AMOLED display with an aspect ratio 19:9. There is a “Waterdrop” notch due to which Oppo is able to deliver a whopping 91.5 percent screen-to-body ratio. The display has Corning Gorilla Glass 6 protection. Oppo is now one of the companies that has conventionally embraced the in-display fingerprint sensor. The company claims that Oppo R17 Pro’s fingerprint sensor can unlock the smartphone in just 0.41 seconds. The smartphone is powered by a Qualcomm Snapdragon 710 SoC (Dual 2.2GHz Kryo 360 + Hexa 1.7GHz Kryo 360 CPUs) with Adreno 616 GPU. Oppo R17 Pro is offered in a 8GB RAM + 128GB storage variant and runs on ColorOS 5.2 based on Android 8.1 (Oreo).

In the camera department, Oppo R17 Pro has incorporated a three-camera system on the back and a single shooter in the front. The primary 12MP rear camera comes with a variable aperture (f/1.5 and f/2.4) that switches depending on the light. The secondary 20MP camera helps in capturing depth in portrait shots. There is a third Time of Flight (TOF) 3D Sensing camera that can get high-precision 3D depth information through nanosecond infrared light measurement. The Oppo R17 Pro houses a 3,700mAh (2 x 1850mAh)  battery with SuperVOOC Flash Charge technology that was introduced with the Find X Lamborghini Edition earlier this year. Oppo claims that the charger can juice up the phone from 0 to 40 percent in just 10 minutes. 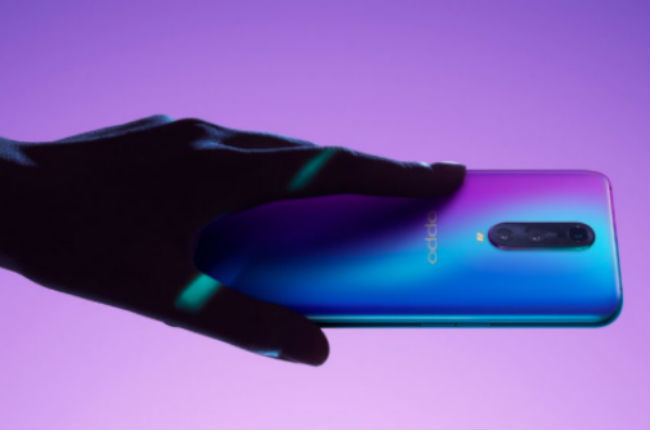 Oppo R17 specifications: Most of the specs and features of the Oppo R17 are similar to those of the R17 Pro. It's got a gradient back with glass protection and features a Corning Gorilla Glass 6-protected 6.4-inch Full HD+ display with a 19:9 aspect ratio. The smartphone has a “Waterdrop” notch and delivers 91.5 percent screen-to-body ratio. Under the hood, the Oppo R!7  is fitted with a 10nm octa-core Qualcomm Snapdragon 670 SoC ( 2 x 2GHz Kryo 360 cores and 6 x 1.7GHz Kryo 360) with Adreno 615 GPU.

There is an in-display fingerprint sensor that can unlock the phone in 0.41 seconds. In terms of optics, the Oppo R17 features a dual camera setup on the back with a 16MP primary lens that has an f/1.8 aperture and a 5MP secondary sensor for portrait shots and AI scene recognition. On the front, there is a 25MP AI shooter. The smartphone has a 3,500mAh battery with supoort for VOOC Flash charge fast charging and runs ColorOS 5.2 based on Android 8.1 (Oreo). The smartphone is offered in two variants: 6GB  RAM + 128GB storage (Rs 32,620 approx) and 8GB RAM + 128GB memory (Rs 35,500 approx). The Oppo R17 will come in Twilight Blue and Starry Purple colors with a gradient finish.