The much-touted phone features a 16MP rear camera and is powered by an all-new MediaTek Helio P60 SoC. 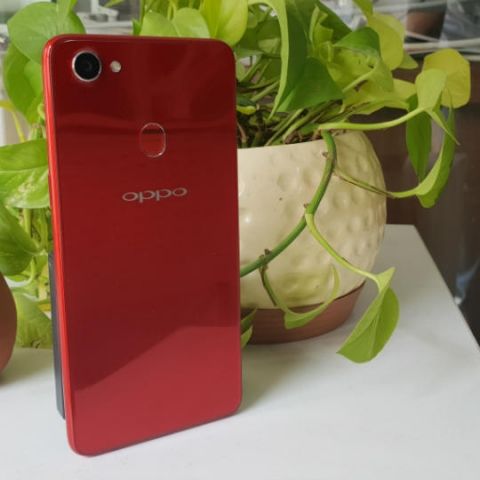 After teasing its new device for over a month now, Oppo has just launched its new flagship, the Oppo F7 in India. Like previous Oppo devices, this phone is also meant for selfie enthusiasts and brings forth an all-new design influenced by the Apple iPhone X. The device will be available in three colours, the Solar Red, moonlight Silver and Diamond Black. The base model of the Oppo F7 features 64GB Storage and 4GB RAM, which is priced at Rs. 21,990. There is a second variant of the device as well featuring 6GB RAM and 128GB Storage, which is priced at Rs. 26,990. All these variants of the Oppo F7 will go on sale from April 9th, but you can get the phone a little earlier via a pre-availability Flash Sale on April 2nd. The flash sale will be held on Flipkart and customers can avail a few offers at that time, like one-year free screen replacement warranty or free Jio data.

The key USP here is the 25MP selfie camera on this phone, and the company once again claims to be the “Selfie Expert”. Like the previous Oppo F5, this phone will also shoot “AI enhanced selfies”. The front-facing camera is claimed to determine 290 facial positioning spots while taking a selfie and now even offers support for sensor HDR via a Sony 576 chip. The camera also features AR stickers, similar to what you may have seen in apps like Snapchat and Instagram. AI plays an even bigger role as the phone keeps learning your preferences as you take pictures. 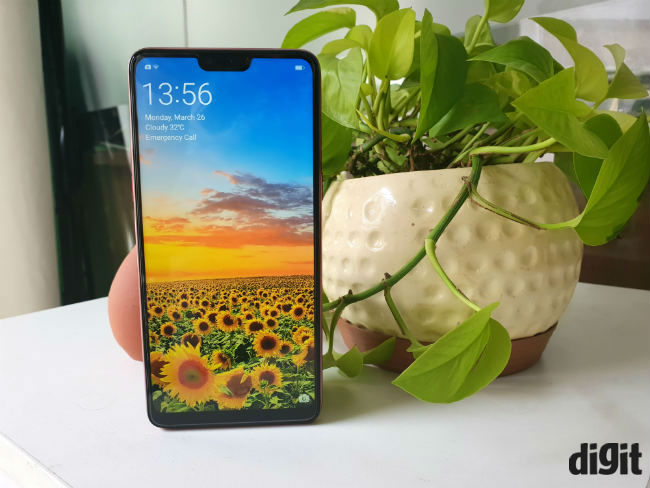 At the back, the phone features a 16MP camera with a f/1.8 aperture which is paired with a new camera algorithm and can recognise different scenes and change settings accordingly. The camera can recognise between 16 scenes like food, portrait, pets, etc. Both the front and rear camera also offer software enabled portrait modes.

The display on the phone is a 6.23-inch FHD+ IPS LCD display with a 19:9 aspect ratio. As mentioned earlier, the phone has a notch at the top and there is a small chin at the bottom. The fingerprint scanner remains at the back and unlike last time, the back of the phone is glossy. Good thing is, the phone will be running on Android 8.1 out of the box, which will be layered underneath Oppo’s ColorOS 5.0 UI. The device is powered by a MediaTek Helio P60 SoC, which the company claims makes the Oppo F7 about 20% faster than the Oppo F5. All this is backed by a 3400mAh battery, which the company claims will allow 8.3 hours of gaming or 13.4 hours of video playback.