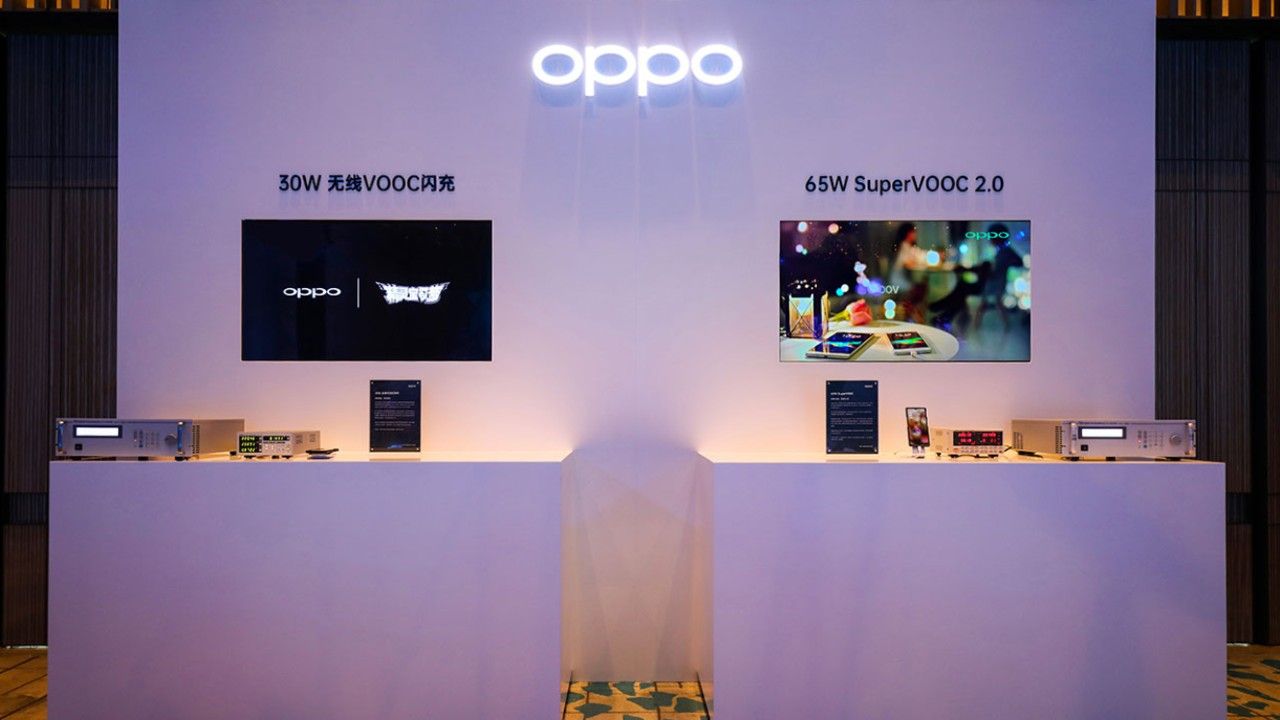 The SuperVOOC 2.0 will debut with Oppo Reno Ace.

Oppo has launched three new flash charge technologies:  65W SuperVOOC Fast Charge 2.0, 30W Wireless VOOC Flash Charge and VOOC Flash Charge 4.0. The SuperVOOC 2.0 will debut with the Oppo Reno Ace. It has the ability to fully charge a 4000mAh battery in 30 minutes. The 30W Wireless VOOC is on par with wired VOOC in terms of charging speed. Additionally, VOOC 4.0 will be featured in the OPPO K5.

According to the company, the 65W SuperVOOC 2.0 technology can charge a 4000mAh battery from one percent to 100 percent in just 27 minutes, and fill up the battery in 30 minutes. It can also charge up to 27 percent in under five minutes. It is also backward compatible with SuperVOOC and VOOC Flash Charge.

The 65W SuperVOOC 2.0 technology has adopted the Gallium Nitride (GaN) semiconductors, which effectively shortens charging time and further reduces adapter size. Oppo says that it does not only deliver improved charging performance but also enhances safety. The company claims that it has placed five safety protection measures throughout the adapter, wire and handset ends to ensure maximum safety during charging.

Coming to the 30W Wireless VOOC Flash Charge, it can fully charge a 4000mAh battery within 80 minutes. It is compatible with QI standard and supports a charging power of 5W or 10W. Oppo says it has adopted several hardware designs to avoid overheating, HVDC and a foreign object detection function that ensures charging stops immediately when the charging board detects the intrusion of foreign metal objects.

Oppo has also upgraded VOOC Flash Charge to Version 4.0, which enables a 4000mAh battery to charge to 67 percent in 30 minutes. The company says it can charge a 4000mAh battery to 100 percent within 73 minutes, which is 12 percent faster than the previous generation. To achieve this, Oppo has reduced the internal resistance of the entire charging system and suppressed heat generation.

Oppo says it is expanding the VOOC ecosystem through licensing the technology to external partners, with more than 20 companies participating to date.