The Oppo F7 is equipped with a 25MP front facing camera which will come with AI beautification feature and options like AI selfie, Cover Shot and AR (Augmented Reality) stickers. 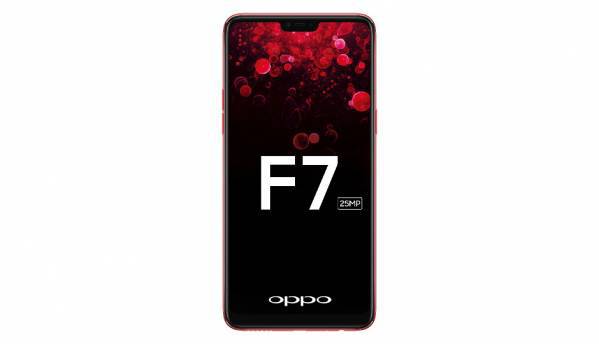 Oppo will launch its F7 smartphone on March 26, however, the company has decided to unveil the smartphone ahead of its official launch. The company had previously teased the smartphone in a video on Twitter and said that it will be equipped with AI based features. Reports tipping the device’s specifications were surfacing on the internet and now the smartphone manufacturer has confirmed some of them itself in a media release. The device is confirmed to feature an iPhone X-like notch and is a selfie-centric smartphone with 25MP AI beauty front camera, AR stickers and more.

The OPPO F7 features a 6.2-inch full HD+ display with a 2280 x 1080p resolution and 89.09 percent screen-to-body ratio. It features a 19:9 display aspect ratio, similar to the recently launched Asus Zenfone 5 and 5Z. Oppo says that the smartphone will come the Notch Assistant, which will enable users to navigate between apps by using gestures.

The smartphone manufacturer has also obtained a patent for the notch display in China and says, “OPPO amongst the first smartphone manufacturer to have obtained the patent for the Notch-shaped full screen as per the website of State Intellectual Property Office of PRC where OPPO had applied for a notch-shaped full screen patent portfolio back in January 2017. It was approved and publicized by the authority on September 29th, 2017. The OPPO patent portfolio contains a variety of independent and innovative designs at the top of the screen, including a semi-circle, inverted triangle, half square, semi-ellipse, half-arc etc.”

No other specs of the smartphone were revealed, however, a previous report on the Oppo F7 tipped that it could be powered by the Qualcomm Snapdragon 670 SoC with 6GB RAM and 128GB ROM. It could be equipped with a dual-rear camera and launch running on Color OS 4.0 based on Android 8.1 Oreo.