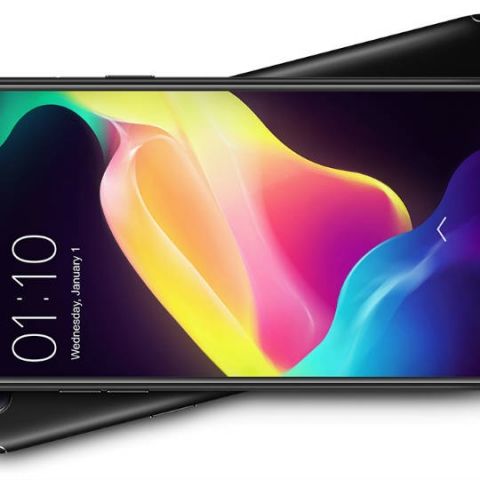 Oppo F5, like most smartphones announced during the past year, gets a design with thinner bezels up front. The smartphone sports a 6-inch Full HD+ display with a resolution of 2160 x 1080 pixels and an 18:9 aspect ratio. While it was expected to launch with Snapdragon 660, Oppo has launched the smartphone with an Octa-core MediaTek Helio P23 chipset instead. The F5 comes with two different storage options: 4GB RAM model with 32GB storage and 6GB RAM variant offering 64GB internal storage.

As with any Oppo F series smartphone, the front camera matters more than any other hardware specification. The Oppo F5 gets a 20MP selfie shooter with f/2.0 aperture and uses a 1/2.8-inch sensor. The software has also been tweaked with a new AI engine for optimising the beauty mode. Oppo says the new AI-infused beauty mode will perform better when it comes to highlighting features like eyes, nose, jawline or cheekbones in selfies. It can also shoot portrait mode selfies with an artificially blurred background. The smartphone has a 16MP rear camera with f/1.8 aperture.

With a large display, Oppo has moved the fingerprint sensor to the back and has added support for facial recognition. The technology doesn't use iris recognition like Samsung's flagship smartphones and won't be as secure as the fingerprint sensor. On the software front, it runs ColorOS 3.2 based on Android 7.1 Nougat and includes connectivity options like WiFi, Bluetooth 4.2, GPS and LTE.

The Oppo F5 is backed by a 3200mAh battery and will be available for pre-order starting today in the Philippines. The smartphone is priced at 15,990 PHP (around Rs 20,000) and will go on sale starting next week. The Chinese smartphone maker will launch the smartphone in India on November 2.