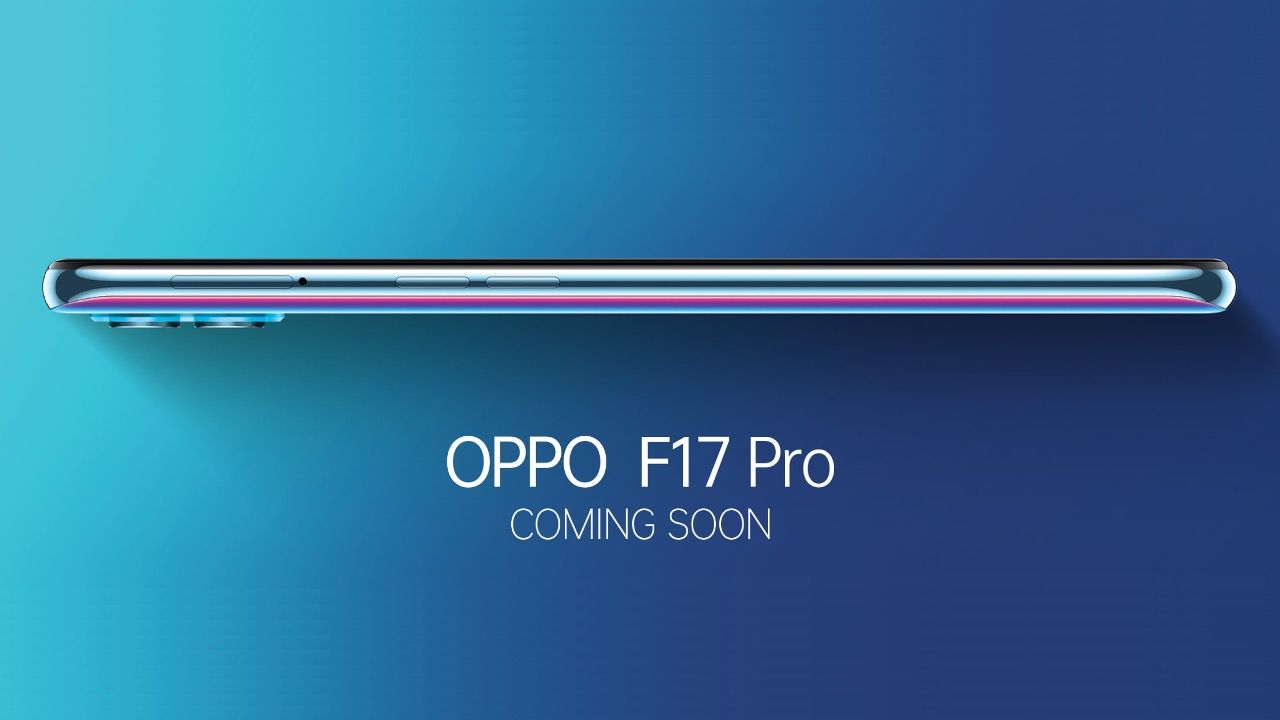 Oppo F17 Pro has officially been teased to launch in India with a thin and lightweight design. The F17 Pro is expected to be the successor to the Oppo F15 which was launched back in January, earlier this year. The F17 Pro has been teased by the company has “the sleekest phone of 2020”.

In a teaser released by Oppo, the F17 Pro is displayed as a sleek phone measuring 7.48 millimetres in thickness and 164 grams in weight. Another bit of information that Oppo has revealed is that the F17 Pro will be priced under Rs 25,000 when it launches in India. In comparison, the OnePlus Nord measures 8.2mm in thickness and weighs 184 grams while the Realme X3 measures 8.9mm at its thickest point. The F17 Pro is thinner than the Reno 4 Pro which was recently launched in India but the latter is even more lightweight at 161 grams.

In that regard, the F17 Pro is looking to be a lightweight smartphone under Rs 25,000 budget segment. Moreover, Amazon India has also gone live with a dedicated page that lists F17 Pro as “F17 series”, hinting that Oppo might unveil a regular F17 alongside the F17 Pro.

Not much is known about the Oppo F17 Pro and the teaser image only gives us a glimpse at the left edge of the phone. There is a SIM card slot and volume rockers on this side and we can also notice two camera lenses. The F17 Pro likely comes with a square camera module on the back which is why we are seeing only two cameras from this angle.

The Oppo F15 was equipped with quad cameras on the back which is why we believe that F17 Pro will also come with four cameras on the back. Oppo F15 is equipped with a 6.4-inch Full HD+ AMOLED display that sports a 2400x1080p resolution. It runs on the Mediatek Helio P70 SoC and is paired with 8GB RAM and 128GB of internal storage. It comes with an SD card slot to support memory expansion of up to 256GB.

The F15 comes with a 48MP main sensor with f/1.7 aperture lens, an 8MP ultra-wide-angle camera with f/2.25 aperture, a 2MP monochrome camera and a 2MP depth sensor that assists in capturing bokeh shots. On the front is a 16MP selfie camera with an f/2.0 aperture lens.

It is backed by a 4000mAh battery that supports VOOC 3.0 charging that is said to fully charge the phone in 76 minutes.