The 64GB variants of the Oppo F11 Pro and the Oppo A5 are now available at a reduced price. 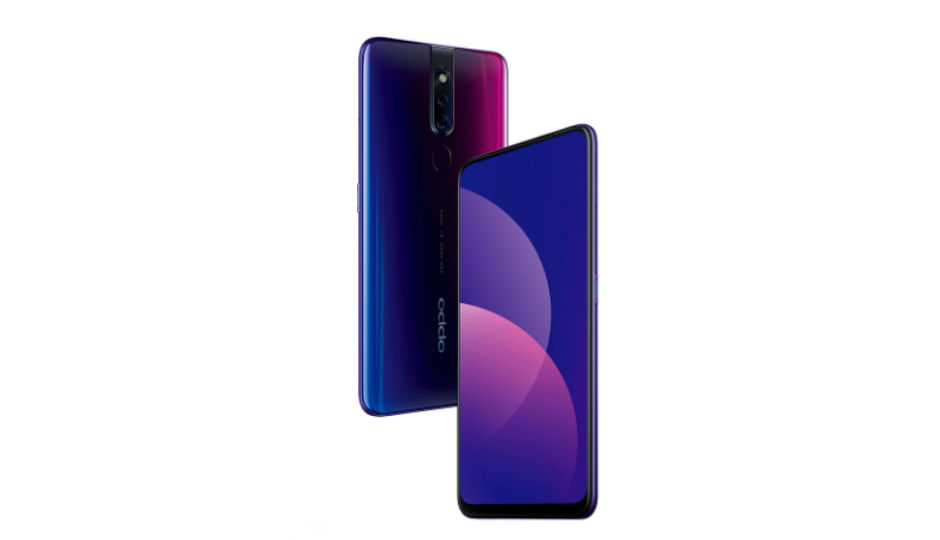 In India, Oppo announced its mid-range Oppo A5 smartphone in August last year, and launched the F11 Pro smartphone in March this year. The two handsets have now received a price cut and will be available with a discount of up to Rs 2,000. As per Mumbai based reseller Mahesh Telecom, Oppo is reducing the price of the 64GB variant of the Oppo A5, which will now cost Rs 11,990 down from Rs 12,990. Additionally, the 64GB version of the Oppo F11 Pro that was launched at Rs 24,990 is being discounted by Rs 2,000 and will now be available for Rs 20,990. The new discounted pricing on the 64GB variants of the two handsets is now reflecting on Flipkart and Amazon, and is also said to apply when purchasing the phones via offline retail stores.

The Oppo F11 Pro runs on the Octa-core MediaTek Helio P70 processor and comes equipped with a 6.5-inch Full HD+ display, 2340 x 1080p screen resolution. The handset is backed by a 4000mAh battery that supports VOOC 3.0 fast charging and it runs on ColorOS 6.0, which is based on Android 9 Pie. The smartphone gets a dual-rear camera setup that consists of a 48MP primary sensor and a 5MP secondary camera. On the front is a pop-up module that houses a 16MP selfie camera.

Coming to the Oppo A5, the midrange smartphone features a 6.2-inch HD+ display with a 1520 x 720p screen resolution. It is powered by the Qualcomm Snapdragon 450 octa-core processor. In terms of optics, it sports dual rear cameras that feature a 13MP + 2MP sensor configuration. The 13MP sensor is paired with an f/2.2 aperture lens and the 2MP sensor gets an f/2.4 aperture lens. There’s an 8MP front camera with f/2.2 aperture for selfies. The phone is backed by a 4230mAh battery and it runs on Android 8.1 Oreo-based ColorOS 5.1.