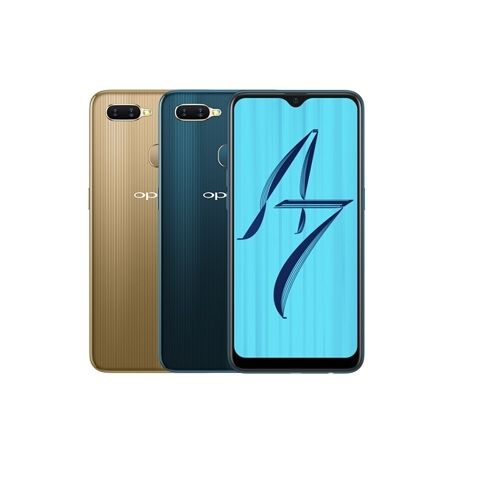 “Extending the opportunity for its customers to buy one of its bestselling smartphones from its popular A series, Oppo has reduced the price of Oppo A7 in India which is effective from 26th April onwards,” said an Oppo spokesperson to Gadgets 360 in a written statement. The news of the price cut was reportedly announced first by Mumbai-based retailer Mahesh Telecom on Twitter.

The updated price of the Oppo A7 now reflects in online retail sites, like Amazon.in, Flipkart, and Paytm Mall. Unlike many other smartphone models, whose variants differ in not just RAM size but also internal storage capacity, the Oppo A7 comes with the same 64GB of internal storage space in both 3GB RAM and 4GB RAM variants. Those expecting to use their new Oppo A7 heavily for browsing, gaming, and video playback should consider investing in the 4GB RAM variant.

Announced first in China back in November last year, the Oppo A7 is powered by a Qualcomm Snapdragon 450 chipset. The smartphone runs Color os 5.2 based on Android 8.1 Oreo. It sports a 6.2-inch display with a resolution of 1520 x 720 pixels. It has two cameras on the back (a 13-megapixel sensor with an f/2.2 aperture and a 2-megapixel depth sensor) and a single 16-megapixel camera with an f/2.0 aperture in the front. The battery onboard is a 4,230mAh unit. The Oppo A7 sells in two colours: Glaze Blue and Glaring Gold.