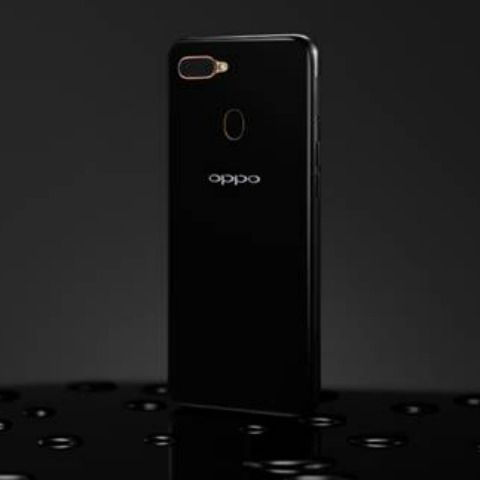 Oppo A5s is a budget phone powered by the Octa-core Helio P35 SoC.

It features a 6.2-inch LCD display with a water-drop notch.

Oppo has launched a new budget smartphone in India. Called the Oppo A5s(₹ 8490 at flipkart), the smartphone is the first in the market to sport the MediaTek Helio P35 SoC. The chipset was introduced by MediaTek just last week and it is built on TSMC’s 12nm FinFET fabrication process. The Helio P35 features ‘light’ AI enhancements, which includes support for face unlock, photo album, single and dual camera bokeh. We expect to see the chipset on more budget smatphones in the future.

Coming back to the Oppo A5s, the smartphone features a 6.2-inch LCD display with a 19:9 aspect ratio and a 1520x720 pixel resolution. There is a water-drop notch on the screen, which houses an 8MP selfie camera within.

The back of the Oppo A5s has a mirror-finish to it instead of the now popular gradient design. “Its smooth surface picks up streams of light to create a stunning visual experience,” Oppo writes in its press release. “For greater visual impact, Oppo A5s also utilises a frosted texture design for its middle frame, creating a sharp contrast with its rear mirror finish,” the company adds.

There is a horizontally stacked dual camera setup on the back of the phone with a 13MP + 12MP setup. The primary camera uses a 5P lens to help create sharp images. Oppo says that the “multi-frame anti-shake technology ensures a smoother, more stable video shooting experience”. The front 8MP camera comes with f2.0 aperture.

As mentioned before, the phone is powered by the Helio P35 Octa-core chipset clocked at  2.3GHz, accompanied by IMG PowerVR GE8320 GPU running up to 680MHz. There is 4GB RAM and 64GB storage available on the highest variant of the Oppo A5s, while its basic version comes with 2GB RAM + 32GB storage.

Further, the Oppo A5s is backed by a 4230mAh battery. The company claims that it can support up to 13.5 hours of video playback. A physical fingerprint sensor is also included on the back of the phone and Oppo says that it can unlock the device in 0.35 seconds. On the software front, the phone runs on ColorOS 5.2.1.

In terms of availability, the 2GB RAM + 32GB ROM version of the Oppo A5s is available for Rs 9,990 in black and red colours. The device went on sale on April 20, 2019. Meanwhile, the 4GB RAM + 64GB ROM will be available in green and gold color in May 2019. The price of the 4GB RAM variant remains unannounced. The Oppo A5s will be available on Amazon Flipkart, Snapdeal, Tata CLiQ, PayTM Mall and all offline stores.