OnePlus Nord a.k.a OnePlus Lite / OnePlus Z will be up for pre-orders starting July 1 for 100 units. OnePlus has not announced the phone officially yet.

OnePlus Nord will be up for pre-orders starting July 1, the company has announced. The much-anticipated affordable OnePlus smartphone hasn’t been announced yet and it's not confirmed what it will be called at launch. However, the company is opening up 100 pre-orders for the phone, indicating that we’re close to an official launch. Interestingly, OnePlus is hosting an event on July 2 where it is expected to launch three new TVs.

The new Instagram account OnePlus created for its affordable smartphone has posted a story which says “24 hours until we’re open for business - for at least a couple of seconds. 100 pre-orders coming up”, concluding with a phone emoji. The company has been generating a lot of hype for its affordable phone which marks OnePlus’ re-entry into the affordable segment. 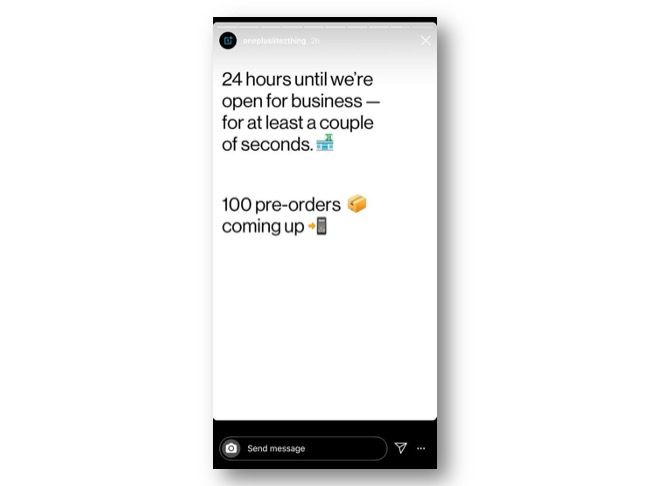 How to pre-order OnePlus Nord?

OnePlus will go live with 100 pre-orders for its upcoming affordable phone dubbed OnePlus Nord on July 1 from 1:30 PM IST. The pre-order listing for OnePlus Nord has gone live on Amazon India and a dedicated section of the website is also live. Interested users will have to click on the "Notify Me" button on the Amazon India page for staying updated for when the pre-orders go live tomorrow.

OnePlus has earlier accidentally indicated that the affordable phone could be called OnePlus Nord after the name was spotted in a now-deleted picture on Instagram. Nevertheless, here’s everything we know about the affordable OnePlus.