OnePlus has announced its newest handset, the OnePlus X. The device will be available in two variants: Onyx and Ceramic. The Onyx variant comes with a glass build with a metallic frame with a rounded edge and weighs 138 grams. The Ceramic variant comes with a ceramic backplate that is made using zirconia and weighs 160 grams. The OnePlus X Ceramic will be a limited edition device. The OnePlus Onyx is priced at Rs. 16,999 while the OnePlus X Ceramic is priced at Rs. 22,999. Both devices will be exclusively available on Amazon India website through an Invite system. The Onyx variant will be available from November 5 while the Ceramic will be available from November 24. 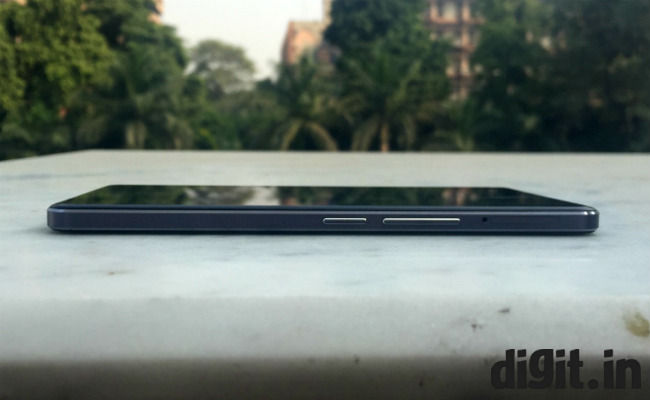 The OnePlus X comes with a 5-inch Full HD AMOLED display. The device also comes with Ambient Display that will let users view notifications without unlocking the display. The device is powered by a Qualcomm Snapdragon 801 SoC with 3GB of RAM. At the back of the device is a 13MP primary camera with phase detection autofocus, while at the front is a 8MP camera. The device comes with 16GB of internal storage that can be expanded to 128GB. The phone also comes with a hybrid dual SIM slot. This allows the second SIM slot to be used as a microSD card slot. The device is 4G capable but doesn’t come with NFC and has a 2525mAh battery. At the  left edge of the phone is an ‘Alert Slider’. This has three modes, Mute, Priority, and All that let users set the priority of incoming calls. The device comes with OxygenOS layered over Android Lollipop. There will also be different cases available for the OnePlus X.

OnePlus also announced headphones called the OnePlus Icon. These would be available in Gold and Graphite colours.