OnePlus offers 2 years of Android updates, 3 years of security patches for OnePlus 3 and above 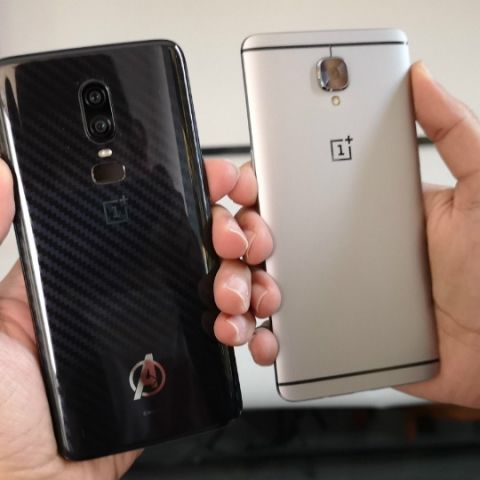 Under OnePlus’ new Software Maintenance Schedule, OnePlus 3 and the smartphones that came after it will get major software updates and Android versions for two years after launch. Bi-monthly security patches will also be seeded to the devices for one more year.

OnePlus has announced a Software Maintenance Schedule under which its devices will get two years of regular software updates from the date of the phone's launch. These two years of major software updates include new Android versions, features and Android security patches. After the initial two years of software updates are made available, the company will also rollout one more year of Android security patches on a bi-monthly basis. The OnePlus 3/3T, OnePlus 5/5T, and the new OnePlus 6 (review) devices fall under the new Software Maintenance Schedule, which the company says is going to be put into effect immediately. Under the new Software Maintenance Schedule, the OnePlus 3/3T will receive regular OTA updates till November 2018. Which means that the OnePlus 3 will get support for another few months, when you take into account its launch date.

This is good news for OnePlus users as they will now get an accurate idea of how long OnePlus will support their device. However, speaking of new patches, OnePlus needs to fix bugs, which were present in the last OxygenOS version (v5.1.8) that was rolled out a couple of weeks back. With the new OxygenOS 5.1.8 release, some OnePlus 6 users complained of faster battery drain and the same problem was observed with OnePlus 3/3T users after updating to OxygenOS 5.0.3.