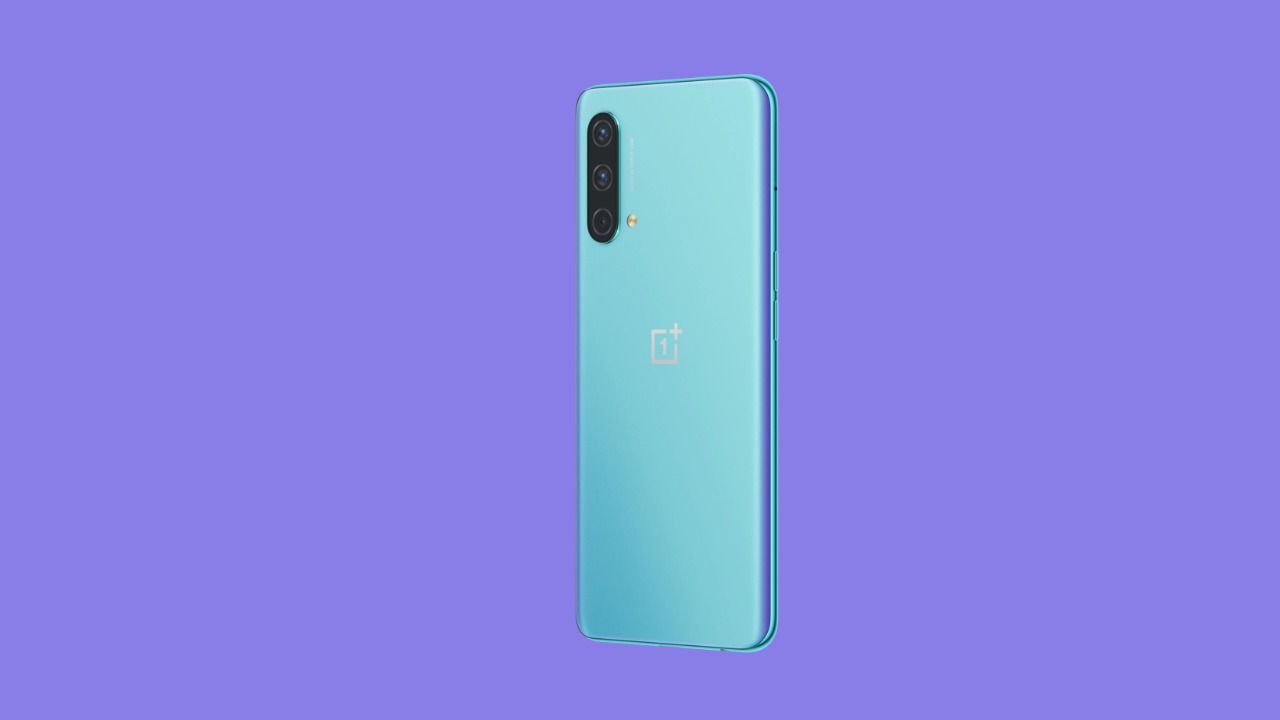 OnePlus Nord 2 screen specifications have been revealed in an official post. The post reveals the refresh rate, screen size and type of the upcoming OnePlus Nord 2 smartphone. OnePlus followed the same market strategy prior to the launch of the OnePlus 9 series, wherein they teased the wireless warp charging and the Hasselblad partnership for its cameras. 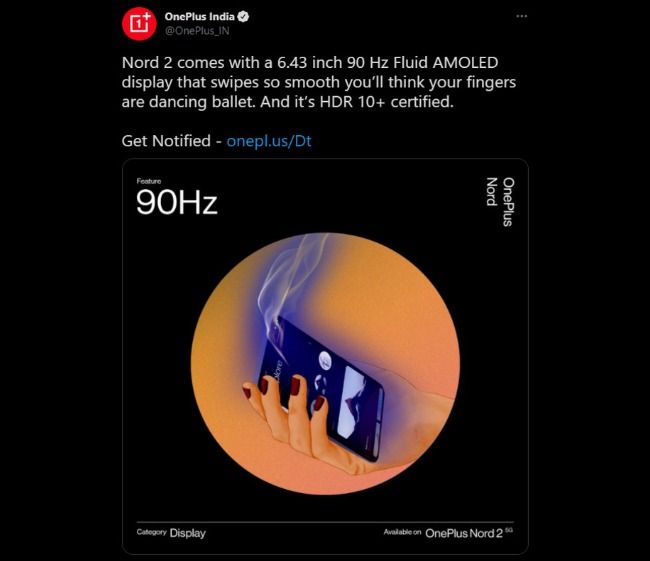 The upcoming OnePlus Nord 2 will come with a 6.43-inch Fluid AMOLED display featuring a 90hz refresh rate and HDR 10+ certification. The Nord 2 will most likely be the first OnePlus smartphone to be powered by the Mediatek Dimensity 1200 chipset. This is expected to have a similar performance to the Snapdragon 865, a flagship SoC we saw launch in 2020.

OnePlus Nord 2 has almost the same AMOLED panel and 6.43-inch screen size compared to the first OnePlus Nord and the affordable Nord CE 5G launched recently. OnePlus will tease more information related to Nord 2 in the upcoming days until its official launch on 22 July 2021.

OnePlus Nord 2 processor is also a big highlight of its big highlight. The smartphone will feature a custom Mediatek SoC tailored to improve its gaming and photographic capabilities. The built-in will also have a feature called DOL-HDR, which captures several exposures simultaneously to minimise “ghosting.”

Another leak suggests that OnePlus Nord 2 will have a 50 MP and a Sony IMX 766 sensor. However, take it with a grain of salt because leaks have not proven to be reliable, at least in the case of the OnePlus Nord 2.

Every OnePlus smartphone prior to Nord 2 has made use of the Snapdragon processor. The shift to Dimensity processor will most likely redefine the way in which OnePlus smartphones target different markets. Rest assured, the fast and smooth gaming performance, for which we all know and love OnePlus, will always be its staple.