Follow Us
HIGHLIGHTS
OnePlus making a mini variant of OnePlus 3?

Earlier today, a 'mini' version of the phone was spotted on GFXBench benchmark. According to the listing, the phone is filed under the name 'OnePlus unknown', and nowhere is it really branded as OnePlus 3 Mini. However, the listed device features similar specifications as the OnePlus 3 but only with a 4.6-inch display, making it a ‘mini version of the OnePlus 3. OnePlus had previously clarified that the company aims to focus on a single flagship device each year, but a smaller phone with flagship-like specs and smaller display will make most lovers of compact phones quite happy.

The ‘unknown’ device in the benchmark is powered by Qualcomm Snapdragon 820 SoC, clocked at 2.2GHz. There is 6GB of RAM and 64GB internal storage, along with 8MP front and 16MP rear cameras. The notable bit here is the 4.6-inch Full HD display mentioned. 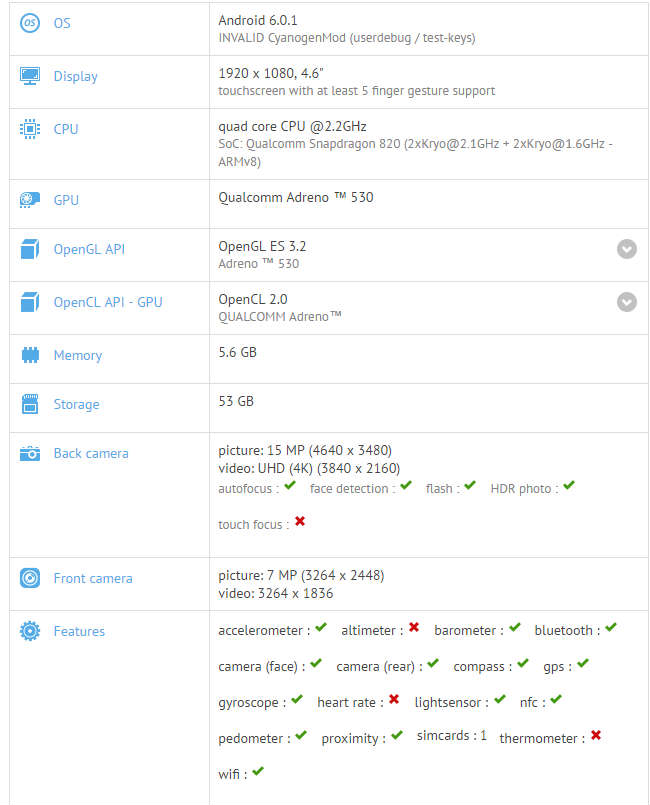 The listed device apparently is on an ‘Invalid CyanogenMod’ instead of the signature Oxygen OS on top of Android 6.0 Marshmallow. Currently, Xiaomi’s Mi 5 is the only really compact flagship smartphone that you can buy, and the OnePlus 3 Mini can be a strong competitor to it, if it is indeed launched.